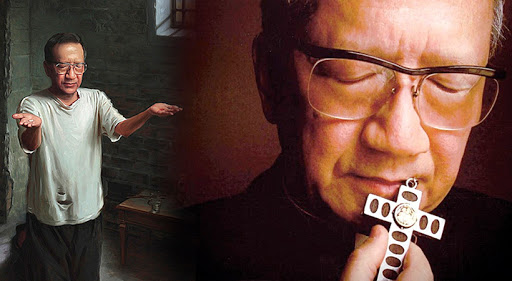 Celebration to take place at the Vatican

The late Vietnamese cardinal Francis Xavier Nguyen Van Thuan will take a major step on the road to sainthood on Friday with the official closing of the diocesan part of his beatification process.
The closing ceremony will be celebrated in Rome's Lateran Palace during a three-day long celebration that will include a meeting with Pope Francis for Church officials who prepared the file for the cardinal's beatification.
Around 500 Vietnamese – friends, relatives and former colleagues of the cardinal – are in Rome for the event, according to Cardinal Peter Kodwo Appiah Turkson, president of the Pontifical Council for Justice and Peace.
Cardinal Van Thuan spent 13 years in prison, nine of them in solitary confinement in Hanoi, following his appointment as coadjutor archbishop of Saigon just seven days before South Vietnam fell to the Communist North in 1975.
“We already have several reports of alleged miracles,” said Waldery Hilgerman, the cause's postulator, during a press conference in Rome on Tuesday. “Now we will be more free to work with doctors and experts and check whether these facts are truly unexplainable.”
Over 10,000 pages of documentation and never before published writings by Van Thuan have been gathered during the two year-long process.
Vatican officials also heard dozen of witnesses who had known the cardinal personally in order to prove that he practiced Christian virtues to a “heroic degree.”
A planned trip to Vietnam to hear more witnesses was canceled at the last minute in March 2012 by the Hanoi government. Instead, officials collected 26 written accounts from people living in Vietnam.
The case now goes before the Vatican's Congregation for the Causes of Saints where the files will be examined and finally voted on by cardinals and bishops before being submitted to the pope.
Once “heroic virtues” have been recognized, beatification can occur if it is proved that a “miracle,” such as a scientifically unexplainable healing, happened through the cardinal's intercession.
As part of the process the cardinal's tomb has been moved to the Roman church of Santa Maria della Scala for easier access to pilgrims, Hilgerman announced.
The beatification cause of Cardinal Van Thuan was promoted by the Pontifical Council for Justice and Peace where the Vietnamese cardinal was president from 1998 until his death in 2002.
The Council's secretary, Archbishop Mario Toso, noted how Cardinal Van Thuan's writings on democracy, citizenship and the role of the Church in the modern world are strikingly similar to what then-Cardinal Jorge Mario Bergoglio wrote before being elected pope.
Both men stressed the importance of a shared sense of national unity and citizenship as an antidote to the modern world's crisis of leadership and democracy having experienced dictatorship in their native Vietnam and Argentina respectively.

"Originally published at UCAnews on 3 July 2013.  Used by permission, all other rights reserved."