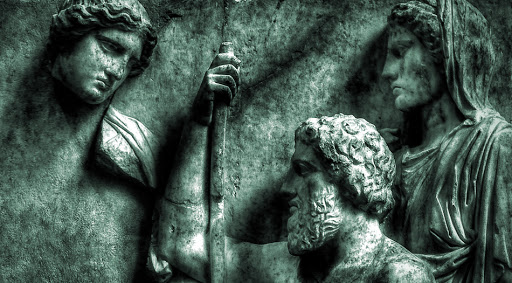 Pope Francis has appointed eight cardinals to assist him in reorganizing the Vatican’s administration. One of them is the archbishop of Sydney, Australia, George Pell. Many think he was chosen simply because he is the only cardinal in Oceania and it appears that the pope wanted one from each continental region.

When asked in an interview published in the Italian daily La Stampa what might be two or three of the main reforms that the Vatican needs, Cardinal Pell responded that an increase in the number of typists in the Curia would be an example of that sort of change.

The weekend following his Eminence’s interview, international media carried news reports that a monsignor working at the Vatican bank had been arrested by Italian authorities for alleged involvement in money laundering. So, there may be bigger problems in Rome than a shortage of able typists.

Be that as it may, if the pope is content merely to have an operations octet deal with in-house problems at the central office, he will have missed a chance to face some of the key issues that challenge the Catholic Church.

Simply put, the Catholic Church is not catholic. As the scholar of religions Huston Smith once observed, “A Church composed of a Jewish soul, a Greek mind and a Roman body is too culture-bound to be universal.”

Once upon a time, the Church was not so limited. In the first five or six centuries of the Church’s life, various ways of being Christian arose in different cultures. Many of those ways survive to this day in the different rites of the Catholic Church (including the Latin Rite) and in the Orthodox and other “Eastern” Churches. An argument can also be made that other “rites” arose in that part of Christianity born of the Reformation.

But, in the Catholic Church, except for what is known as the Zairean Usage (a modified Roman Rite Mass) in West Africa since the 1970’s, there have been no new significantly basic expressions of the worship and life of Catholics since the late Classical and Early Medieval periods.

Did the only people who really knew how to worship and how to organize their communities all live 1,500 years ago or earlier? We have in fact if not intention declared that the Holy Spirit’s work was completed long ago and God’s enlivening guidance has been withdrawn as superfluous.

Some elements of those ancient forms, like reliance upon synods to direct the Church’s mission in the Orthodox Churches and Eastern Catholic Rites, are more congenial to many modern cultures than the centralized imperial model of the Roman Rite. But even those rites fail to speak to the hearts of the vast majority of humanity.

Simply put, despite what fans of Rome, Constantinople, Kiev, Antioch, Alexandria or elsewhere might wish to be the case, the sixth century is over. The election of a pope from a continent that was unknown to “the Old World” in that century should make that fact obvious.

Of the 10 countries with the highest population of Catholics, only three are in Europe; the rest are in Africa (Democratic Republic of the Congo), the Americas (Brazil, Mexico, United States, Colombia and Argentina) and Asia (Philippines). The largest, Brazil, has more Catholics than the three European countries (Italy, France and Spain) combined. However, though only 24 percent of the world’s Catholics live in Europe, so far in the 21st century all are expected to worship, believe and meet Christ as sixth-century Europeans. Is it any wonder that the explosive growth of evangelicalism is taking place in largely Catholic regions?

The Latinized mal-translations of the Roman liturgy inflicted over the past few years throughout the world are exactly the sort of failure of imagination, and even faith that must be overcome if the Catholic Church is to be truly catholic. (The “English” version, by the way, was perpetrated by a commission headed by Cardinal Pell.)

The short-lived opening of doors to truly indigenous liturgies and a collegial organization of the Church that began at Vatican II but was aborted almost immediately must be resumed. In fact, it must become more radical in the literal sense of dealing with the roots.

Though there are presently more than 20 rites in the Catholic Church, many Catholics if asked might say there are only two: organ and guitar, neither of which, of course, is an actual rite.

Why is there no Church polity in the West that incarnates the (often imperfectly realized) Western ideal of rule by democratically enacted law? Why must theology in Asia rely upon pagan Greek philosophy rather than Hindu or Buddhist ways of thought? Why must the celebration of the Eucharist everywhere consist of rituals arising from ancient European royal and imperial court usage?

In other words, why do we not have 40, 50 or more rites that allow more than one billion Catholics to proclaim and praise God in ways that show the world that Jesus the Christ is truly Emmanuel, God with us here, today?

There is reason to hope that such change is coming. In a homily the same weekend after Cardinal Pell called for an improved steno pool and Italian officials called for a priest’s arrest, Pope Francis said, “Let us go forward on the path of synodality, and grow in harmony with the service of the primacy.”