The Right Legal Verdict, But Was Justice Served? 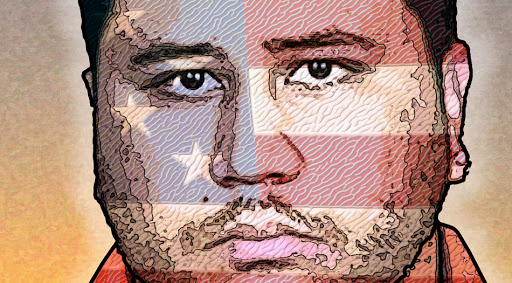 There was not enough evidence to know what happened

What are we to make of the trial of George Zimmerman, accused and declared not guilty of second-degree murder in the shooting death of 17 year-old Trayvon Martin early last year? In the aftermath of the jury’s verdict, two camps seem to have formed. One views the acquittal as an injustice; a compounding of the original injustice committed by Zimmerman on the night Martin, an African-American teenager, was killed. The other views the verdict as faithful to the law, and therefore just. In my view both camps are wrong because their reactions are premised on the expectation that justice and the law necessarily have something to do with one another. In fact, despite our self-congratulatory use of the term “justice system,” there is no necessary correlation between the two. Or as J. Edgar Hoover, the legendary and notorious FBI Director, once put it, “justice is incidental to law and order.”

What is lacking in any attempt to wring either justice or injustice from the verdict in this case is knowledge: of what really happened between Martin and Zimmerman that evening and, most importantly, of what each was thinking and intended. It is precisely that knowledge that the jury lacked when it was charged with deciding the case. When that lack of knowledge is combined with the presumption of innocence, it is difficult to escape the conclusion that the jury decided rightly according to Florida law. In order to find Zimmerman guilty, the jury would have had to pretend to know enough to overwhelm the presumption of evidence. But it would have been a pretense nonetheless, and therefore a contradiction of the law as it stands.  This, by the way, is a view shared by Ta-Nehisi Coates, the African-American columnist for The Atlantic magazine, who wrote on July 15 that, “based on the case presented by the state, and based on Florida law, George Zimmerman should not have been convicted of second-degree murder or manslaughter.” Coates arrived at his conclusion after examining the unique confluence of statutes that were applicable in this case, including the legal definition of an “aggressor,” Florida’s now famous “stand your ground” law, and the minimum threshold for a claim of self-defense.

None of this lets George Zimmerman off the hook for the death of Trayvon Martin, because while the jury’s verdict may have been appropriate – even necessary – under the law, it is quite possible that Zimmerman acted unjustly in racially profiling Martin, who was merely walking back home from a convenience store where he had bought a snack. Martin had done nothing wrong, and yet he was followed down a dark street by an SUV with a man inside. That man, George Zimmerman – who had hoped to become a police officer – called 911 and characterized Martin as one of “these assholes.” He claimed that Martin "looks like he's up to no good or he's on drugs or something. Something's wrong with him." The emergency dispatcher advised Zimmerman not to get out of his vehicle, but Zimmerman did it anyway, and appears to have pursued Martin at least some distance. Not long after, the two encountered each other again, and moments after that, Trayvon Martin was dead from a gunshot to the chest.

Did George Zimmerman profile Trayvon Martin based on his race, thereby precipitating a confrontation with an innocent teenager? There are reasons to believe that may have happened. Zimmerman frequently dialed 911 about “suspicious” black people in his development, despite the fact that a fifth of the residents in that neighborhood are black, and he clearly meant something by the reference to “these assholes.” On the other hand, a year before the Martin shooting, Zimmerman had publicly protested (at potential professional cost) against the beating of a black man by a police lieutenant’s son. And the neighborhood had recently experienced a rash of burglaries committed by young black men. That wouldn’t excuse the profiling of Trayvon Martin, of course, but it could account for the added scrutiny accorded him by Zimmerman. Once again, the things we don’t know, which led the jury to a finding of not guilty, are the very things that prevent us from making a definitive judgment about whether Zimmerman acted out of racial malice.

It is not nearly so difficult, however, to indict the media’s reaction to the story, especially the cable “news” networks, those entertainment and advertising juggernauts that leave the American public completely uninformed on a daily basis. (I invite any reader to watch a half hour of BBC News and compare it to “The Situation Room.”) From the beginning, the shooting of Trayvon Martin was seized by the media as an opportunity to incite divisions, caricature reality, and titillate bored viewers, all in the name of profit. On the left, Martin became Emmett Till, Zimmerman Byron De La Beckwith, and the Sanford (Fla.) Police Department the contemporary incarnation of Bull Connor.  On the right, Martin became a dope-smoking gangsta wannabe – you know, that kind of Negro. With their “on-the-scene” reporting and breathless “breaking news,” the media did its level best to whip up hysteria and mutual distrust among Americans of all backgrounds. Along the way, they gave the racists and race-hucksters among us an excuse to pop back out of their holes and dominate the public conversation. Meanwhile, ratings soared. And now, with the damage behind them, the networks will be on to the next trial-of-the-month. Bread and circus, anyone?

Beyond the hype and hysteria, there are serious issues of racial justice in the United States. We have the world’s largest prison population (over 2 million), and nearly 40% of those inmates are non-Hispanic black men. The percentage of African-American children living in poverty (39%) is scandalous, as is the unemployment rate among blacks (15%). And now, voting rights and other hard-won achievements of the Civil Rights Movement of the 1960s are in jeopardy. What happened to Trayvon Martin may have been an injustice, but that will be almost impossible to prove in a court of law precisely because “justice is incidental to law and order.” Better to set our shoulders to the wheel and work toward ameliorating the injustices we can see right in front of us.