“One of Us”: The Meaning of Batman 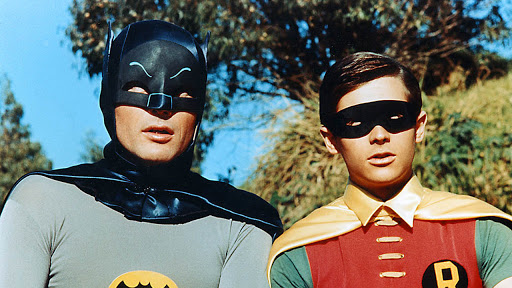 Whether Ben Affleck will be able to pull off a new portrayal of the Caped Crusader remains to be seen. But what is it about Batman that makes people so protective of the character?

One hopes Affleck took that Twitter user’s advice last week. Fans have been enraged for the last week after hearing Ben Affleck would be portraying Batman in an upcoming movie featuring both Batman and Superman, slated for release in the summer of 2015.

Twitter users have been particularly harsh: “Ben Affleck as #Batman is the worst thing to happen to the franchise since George Clooney's bat nipples…” “Ben Affleck as Batman makes as much sense as Tyler Perry portraying Helen Keller.” “I thought the whole Ben Affleck as #batman thing was a joke. Turns out its really just the worst casting decision ever. #idiots”

The controversy has spawned a whole slew of memes, including a GIF of Affleck as Batman and Matt Damon running next to him as Robin and Johnny Depp consoling a teary-eyed child after breaking the news. Even the Taiwanese animation studio NMA released a video so bizarre and difficult to describe, you’d have to see it for yourself. In it, they pose the question: “Will you be lining up to see Ben Affleck’s package in spandex again?”

Whether Affleck – who, by the way, co-produced and starred in last year’s Best Picture, Argo – can successfully pull off a new portrayal of the Caped Crusader remains to be seen. Either way, he joins a relatively large club of actors who have had the chance (compared to other characters, that is; how many actors have played Luke Skywalker or Harry Potter?). There have been seven Batman movies in the last 25 years alone, plus one from 1966. In those movies, five actors have played Batman: Adam West, Michael Keaton, Val Kilmer, George Clooney, and, most recently in Christopher Nolan's trilogy, Christian Bale.

Created by artist Bob Kane and writer Bill Finger in 1939, Batman has had countless interpretations across other media types, including radio dramas, books, commercials, cartoons, and, of course, live-action TV shows. And if YouTube is any indication, Batman is the most popular superhero.

What is it about Batman that gives the character such staying power across generations, and which provokes such strong reactions about the choice of actor to portray him? We asked our Aleteia Experts what they thought about Batman’s popularity.

“I… think Batman connects to us on a deep level because he is not a superhero in the traditional sense,” says Edward Mulholland, Assistant Professor of Modern and Classical Languages at Benedictine College. “He has no superpowers that came to him from another planet or some genetic mutation or radiation. He is a man of flesh and blood who happens to have a lot of money to buy gadgets.”

Psychiatrist Aaron Kheriaty agrees. “It’s easier for us to relate to Batman than other superheroes that have super-human powers. […] Batman is vulnerable; he is not invincible. When he puts on his suit to combat evil, he places himself in danger of really being hurt.”

“His real power, therefore,” Kheriaty, concludes, “comes from his character and his commitment to a good cause; not from an accident of birth, like Superman, who came from another planet and can therefore fly and see through things with x-ray vision.”

Mulholland also sees in Batman a meditation on the modern rise of technology: “He is a characterization of modern man’s obsession with technology (he has this in common with Iron Man) and his moral struggles to use technology for good.”

“But what fuels Batman,” Mulholland continues, “is a deep-seated sadness. He is a brooding man of the night. He cannot even rejoice in his victories, and thus appeals to the latent despair that many in our culture feel. […] He often is a hero and often sacrifices himself for others, but is himself in need of redemption.”

Antonio del Drago, founder of the Mythic Scribes writing community, sees a similar exploration of personal darkness. “Batman is so popular because he's the embodiment of the ‘shadow’ archetype. The ‘shadow’ is the personal darkness within each one of us, which we struggle with throughout our lives. In Jungian psychology, if we can come to terms with our shadow, we can reach our fullest potential.”

“That's exactly what Batman represents. Bruce Wayne learns to channel the power of his childhood trauma and fears, and in the process transforms himself into something greater than a man. That taps into a universal longing that each one of us is born with – the longing to grow from our innermost struggles and pain.”

Fr. C. John McCloskey, an ecclesial historian and Research Fellow at the Faith and Reason Institute, thinks the popularity of superheroes in general is symptomatic of a sick culture. “The fixation of the American public with so-called superheroes and the films in which they are featured is a sign of the deep immaturity of adults in the culture of death, which is increasingly destroying what was once a Christian country.”

Paul Gondreau, Professor of Theology at Providence College, has a more positive take on the superhero phenomenon: “I've always seen the fascination with superheroes… as confirmation of the fact that the Christian mystery of redemption has been accomplished in a way that resonates deep in our human nature.”

“Such ‘Christological’ themes that permeate most of the superhero stories as these have always struck me.”

Kheriaty also sees Christological themes, particularly in the recent film The Dark Knight Rises. “I find it fascinating and telling that it was a blockbuster superhero film that brought these obviously Christian themes into the realm of mainstream Hollywood movies. [The Dark Knight Rises] ends with Batman clearly portrayed as a sort of Christ figure, a motif that is so deep in our collective consciousness that screenwriters still reach for it when they want to portray a true hero.”

“[T]hese films serve a purpose in our culture of highlighting the real struggle between good and evil. In our postmodern context, good and evil are often relativized; superhero and science fiction films seem to be two genres where it’s still acceptable, indeed expected, to draw clear distinctions between villains and good guys.”

Mulholland thinks superheroes can be useful for explaining the faith to young people. “I have found superheroes to be an excellent catechetical tool when teaching about grace to young kids. In a sense, we have a secret identity, unknown to those around us… and we can draw on the secret powers of grace in moments of struggle. I find that kids connect with this.”

Antonio del Drago, Ph.D., is the author of The Mythic Guide to Characters.

Aaron Kheriaty, MD, is the Director of Residency Training and Medical Education in the Department of Psychiatry at the University of California, Irvine. He is the founding director of UCI’s Psychiatry and Spirituality Forum, a program which explores the relationships between spirituality and mental health. Dr. Kheriaty also serves as chairman of the clinical ethics committee at UCI Medical Center.

Fr. C. John McCloskey is a Church historian and Research Fellow at the Faith and Reason Institute in Washington DC. Website: www.frmccloskey.com.

Edward Mulholland is an Assistant Professor of Modern and Classical Languages at Benedictine College.