Cardinal Bertone Says Time as Secretary of State Was Positive 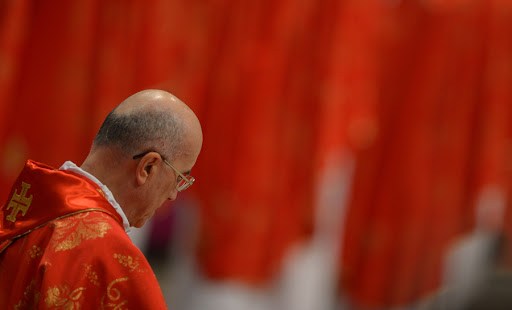 Cardinal Tarcisio Bertone offers a positive assessment of his nearly seven year-long tenure as Vatican Secretary of State, which will come to an end this October.

Cardinal Tarcisio Bertone has offered a positive assessment of his nearly seven year-long tenure as Vatican Secretary of State, which will come to an end this October.

According to L’Osservatore Romano, the cardinal spoke to reporters after a recent Mass in Sicily to celebrate the 60th anniversary of the miraculous image of Our Lady of Tears.

“Cardinal Bertone wished to remember and underscore the important foundations that have inspired and sustained his service at the Secretariat of State – including a harmonious relationship between faith and reason, between law and natural law, between tradition and modernity – and to also recall memorable events such as the World Youth Days of Sydney and Madrid with Benedict XVI and Rio de Janeiro with Pope Francis,” the publication said.

“My assessment of these seven years is positive,” said Cardinal Bertone, according to Italian news agency Ansa.

“Naturally there have been many problems, especially during the last two years in which I was the target of accusations,” he said, referencing a “network of crows and vipers.”

“But this should not obscure what I think it is a positive assessment,” he continued.

“Sometimes there are prejudices,” the cardinal continued. “An honest assessment cannot fail to take into account the fact that the Secretary of State is the Pope’s primary collaborate, a faith and loyal executor of the tasks entrusted to him. This was something I have done and will continue to do.”

The Secretary of State “works with five others as a team, and it is a wonderful group that works well together,” Cardinal Bertone said.

“I have always given my all,” he stated, “but I surely have my defects. If I had to think of certain moments, I would have acted differently, but that does not mean I have not strived to serve the Church.”

The cardinal will step down from the position of Secretary of State on Oct. 15, when Vatican diplomat Archbishop Pietro Parolin will take over after being appointed to the post by Pope Francis on Aug. 31.