The Devil’s in the Details: A Review of EWTN Nightly News 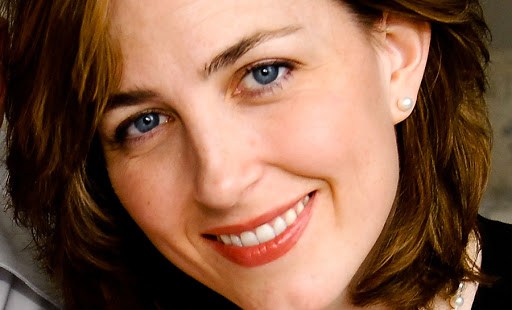 EWTN just launched an ambitious new show, EWTN Nightly News. The program shows promise, but there are a few small but important details that need improvement.

“A good start, but needs improvement.” That was my general sentiment after watching the first episode of EWTN’s ambitious new show, EWTN Nightly News.

For starters, the name is a misnomer, at least for the time being. The show currently airs weekly, but plans to eventually grow into a daily program. It’s always better for a name to accurately reflect a show, of course, but perhaps the show’s producers want people to start to get familiar with the name. If they are confident enough that the show will soon upgrade to a daily show, then the dissonance will last only for a short time.

The show had a wide range of interesting, relevant topics, including the Syrian conflict, the HHS mandate, the decline in priestly vocations, and immigration reform. There was an impressive line of interviewees for the first show, including Helen M. Alvaré of Women Speak for Themselves and Cardinal Jean-Louis Tauran, a newly appointed member of Pope Francis’ commission to oversee reform of the Vatican Bank.

But as I said in my opening line, the show still needs improvement. Here are three small but important things things that, if corrected, I think could markedly improve the show.

First, I said I liked Ms. Campbell – and I did overall – but something about her facial expressions made me uncomfortable. They came across as unnatural, forced, and repetitive. A news anchor needs to come across as relaxed, confident, and comfortable themselves for the audience to feel those things. She should let her own personality come out a bit more – perhaps even have some fun with it.

Second, the show could go at a faster pace. Maybe they wanted the show to seem relaxed and serious, but instead it just came off a bit slow. There were also small editing things here and there where they dwelled on something a bit too long. For example, at the beginning of the piece on deacons, they showed the hands of a deacon turning on the lights in a daily mass chapel. They didn’t just show him flip the switch, see the lights come on, and then move on to start the story. No; they showed him flip a switch, showed the lights come on, cut back to him at the switches, showed him flip another switch, showed another set of lights go on, and then started the story. This might seem small, but it’s the small things that count. It was strange and broke the flow of the program.

Lastly, something was off about the lighting in the studio. I don’t know anything about professional lighting, so I couldn’t tell you exactly what was wrong or what needs to be done, but everything seemed to be too white to me.

None of the problems I’ve mentioned are insurmountable, and I’m sure the show will improve in the coming weeks. Kudos to EWTN and the whole team working on the show for their effort and vision, and I pray they are successful.