The Meaning of Manliness: An Interview with Matt Walsh 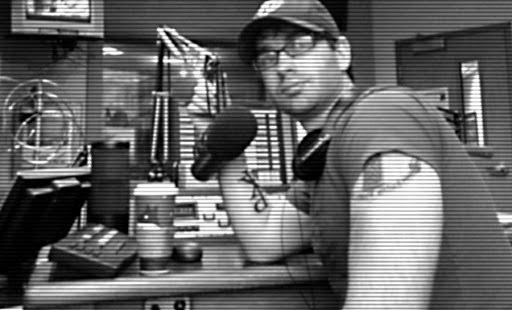 While everyone else was focusing on Miley Cyrus’ VMA performance, Matt Walsh wrote a piece on Robin Thicke’s role – and discovered that asking men to respect women is, amazingly, quite controversial.

Matt Walsh is the host of The Matt Walsh Show on 630 WLAP in Lexington, KY. He also maintains a blog on which he recently published a piece in response to Miley Cyrus’s and Robin Thicke’s VMA performance, entitled “Dear son, don’t let Robin Thicke be a lesson to you.” The post went viral, and he wrote a follow-up piece, “Men and women are not equal,” on the equal dignity but complementary natures of men and women. Aleteia recently talked to Walsh about his articles and the response he received.

In your piece “Men and women are not equal,” you mention some pretty amazing statistics about your piece, “Dear son, don’t let Robin Thicke be a lesson to you.” Can you share that with us (page views, emails, comments, etc.)?

Sure. That post has been viewed about two million times, and has around 2,700 comments. I couldn’t even approximate the number of emails and messages I’ve gotten about it, but suffice it to say hundreds and hundreds.

Which comments in response to “Dear son, don’t let Robin Thicke be a lesson to you” were the funniest? Which were the most aggravating? Which were most surprising?

I had someone email me pretending to be Robin Thicke, ranting about how I’d misrepresented his song. I gathered that the email wasn’t from the real Robin Thicke, because he misspelled his own last name. Most of the responses weren’t funny, so that easily takes the crown as the funniest.

If you read the piece and glance over the comments, you’ll see hundreds of people harping on the fact that, half way through, I wrote this sentence: “I'm no feminist.” These folks primarily drove me to write the follow-up piece, “Men and women are not equal.” It aggravated me to see so many people ignoring the message I was trying to convey in favor of bickering about whether or not I should call myself a “feminist.” We have an obsession with labels in this country, and I think it stems from intellectual laziness. We graze over things, looking for key phrases and buzzwords, and then we draw our conclusions from there. Most of the people who blasted me for rejecting the “feminist” label actually agreed with the overall sentiments of the post. If you agree with me, why are you drawing attention away from the message? Aggravating. Very aggravating.

In my innocence and naivety, I was a bit surprised by the number of women who rushed to the defense of the misogynism and objectification in Thicke’s song. I expected plenty of men to get defensive when I attacked the frat boy mentality, but I didn’t expect that from so many women.

In your piece “Men and women are not equal,” you note that Christianity has taught that all humans have equal worth and dignity for 20 centuries, and you reference G. K. Chesterton, a famous Protestant convert to Catholicism. What are your religious beliefs?

I'm a devout Catholic. I love Chesterton, but my favorite Christian apologist is C. S. Lewis, who was a Protestant.

What motivated you to write your piece, “Dear son, don’t let Robin Thicke be a lesson to you,” and what was the primary message you wished to convey?

Ostensibly, I was motivated by the overwhelming reaction to Miley Cyrus and the glaring failure of many in mass media and social media to even mention Thicke’s role in the whole debacle. But, more pertinently, I like to take advantage of any opportunity to discuss true, natural, Christian masculinity. One of the gravest sins of our culture is our perversion of “manliness.” We have a failure of leadership in our society, and that mostly stems from the fact that we are not raising our boys and teaching them what it means to be a man. Instead, they’re left to ape and emulate the poisonous absurdities they see on TV and hear in pop music.

Have the responses to the pieces made you want to revise or qualify anything you wrote, either because you were misinterpreted or because the responses convinced you to change your mind on anything?

My follow-up post wasn’t really a qualification, and it certainly wasn’t a revision – it was more of an expansion on some of the themes from my first post. I have no desire to qualify or revise anything; I try to make my point clearly and thoughtfully, so people can only “misinterpret” if they want to. Many times we hear what we want to hear and read what we want to read. When that happens, the onus isn’t on the speaker or writer to “clear things up”; it’s on us to be more discerning and thoughtful.

I will change my mind on things when someone convinces me that I’m looking at it the wrong way. But that didn’t happen here, and it never will. I’m one hundred percent sure and positive about everything I wrote. I’m sure not because I think I’m especially smart (I’m not, trust me), but because I was representing the Christian view. I will always be sure of the Christian view, because it comes from Christ, as opposed to the modern view, which comes from man.