“Your Holiness, Pray for Peace in the DRC”: Letter from “Première Dame” to Pope Francis 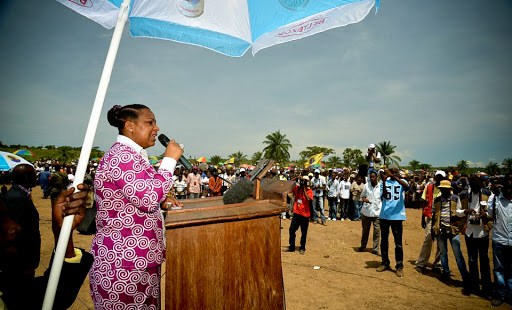 The “First Lady” of the Democratic Republic of the Congo sends a letter to Pope Francis, detailing the atrocities suffered by the people and requesting prayers for peace.

"On behalf of the Congolese people, who I humbly represent, I would like to ask His Holiness for the intercession of prayer for lasting peace in the Democratic Republic of the Congo," asks Ms. Marie Olive Lembe Kabilakabange, Congolese President Joseph Kabila’s wife, in a letter sent to Pope Francis.

In the letter "all kinds of atrocities suffered by the population for decades were recalled due to the many unjust wars, currently focused in the eastern DRC, that have caused enormous loss of lives."

The Congolese "First Lady" also invites the Holy Father to visit the country "to give comfort and hope to the people with a Catholic majority who hopes to live in peace and harmony."

From the east of the Country, however, reports of renewed violence and growing tension continue.

The Coordination of the Civil Society of North Kivu denounces the concentration of Ugandan troops (it is believed 12,000 soldiers) on the Congolese-Ugandan border near Bunagana. It is feared that the troops of Kampala are in the process of crossing the border to give the rebels of the M23 a hand, which is already receiving support from the Rwandan army, and seems to have been reinforced by a unit of Eritrean mercenaries.

In a further note sent to Fides, the Coordination of Civil Society of North Kivu said that on 15 and 16 September the men of the M23 forced about 800 families in Rutshuru territory to flee. These people are deprived of humanitarian assistance.