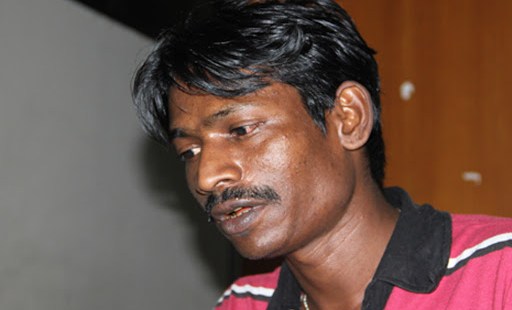 When Al Falakh fled Iraq in 2011, he didn’t envisage that two years on he would be stuck in a backwater Indonesian town, his plans for asylum in Australia abruptly snatched away from him.

The 47-year-old, his wife and four children saw Cisarua in Bogor district, two hours south of Jakarta, as a temporary stop en route to better things. “I hope we can go to Australia. But if we can’t, it doesn’t matter. We cannot force Australia to accept us.”

With the ascendancy of Tony Abbott to the top seat in Australia, and the start of his billion-dollar Operation Sovereign Borders aimed at stemming the tide of boats to Australia, the tens of thousands of asylum seekers in Indonesia have been forced to rethink their futures. So have the people-smuggling rackets that make billions of dollars ferrying them around the world.

The military-led border protection plan – a response to an increased number of illegal arrivals by boat – includes efforts to apprehend Australia-bound boats carrying asylum seekers and turn them back to Indonesia.

Canberra also hopes to send additional security forces to Indonesia to break people-smuggling groups, but the plan has angered Jakarta. Abbott arrived on Monday for talks with President Susilo Bambang Yodhoyono aimed at developing a joint policy to tackle what Abbott considers a major security threat to Australia.

Many people have died making the perilous voyage on rickety boats to Australia’s Christmas Island. The latest accident happened on Friday last week, when a boat carrying around 120 asylum seekers from Lebanon, Jordan and Yemen went down in rough seas off Java Island. Twenty-eight people were found alive. At least 36 people died and more are still believed to be missing.

Al Falakh, like many others, had fled escalating conflict in Iraq, which worsened after the US began its troop pullout in 2011. They now survive on monthly donations from the International Organization for Migration (IOM), and stare blankly when asked how long they’re likely to remain in Indonesia.

“I want to go to Australia legally,” Falakh said. “I want a better future for my children. I want them to go to school.”

With help from the IOM, his family and others left his guesthouse in Cisarua in late September for Medan, North Sumatra – yet another stop on a journey to find sanctuary that seemingly has no end. Here they will wait for official United Nations resettlement to other countries.

Cisarua was also the first entry point into Indonesia for Muhammad Hanif, a Rohingya who left western Myanmar at age three and spent 35 years shuttling between cramped apartments in Malaysia. In January this year, he and the 17 members of his extended family boarded a boat to Indonesia.

“We intended to go to Australia illegally,” he says, recalling that he paid an agent US$13,000 for his family to get to the country. “We just hoped that we could have a better future.”

Instead, the agent brought them to Bogor district. From there, they went to Jakarta, and now stay at the office of the Indonesian Legal Aid organization.

“We heard about [Abbott’s] policy from a staff member here. If we can’t go to Australia, we are willing to go to another country as long as we can live peacefully,” Hanif said.

Following talks between the two leaders yesterday, Abbott said: “We are resolved and united to tackle this issue.” In a statement, President Yudhoyono also stressed the need for bilateral cooperation over the issue, but the sense is that Jakarta’s anger at attempts by Australia to impose its policy on the country will remain.

“Internal issues in Australia must not be the reason for Canberra to force others to accommodate those wanting to go to Australia,” said Dinna Wisnu, an international political analyst from the Jakarta-based University of Paramadina, who sees Abbott’s plans as a veiled critique of Indonesia’s inability to secure its borders.

Ultimately, however, which country finally grants them asylum isn’t the most pressing issue for the thousands of people stuck in interminable limbo in Indonesia. Many fled war and persecution in their homeland, and recoil at the idea of returning. “The most important thing is that we are not sent back to Myanmar,” says Hanif.

Originally published at UCAnews on 1 October 2013. Used with permission. All other rights reserved.