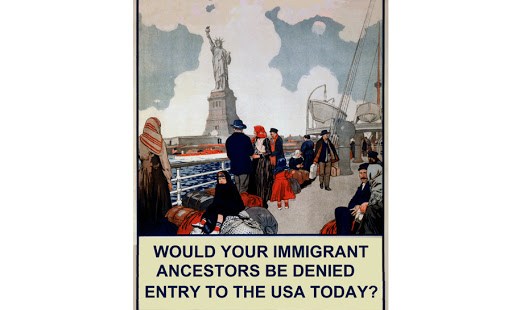 A new California law that will allow undocumented migrants to receive state driver’s licenses has been applauded by many, including the Archbishop of Los Angeles.

“Driving is one of the basic necessities of life. So this new law is going to make a big difference for millions of people in their everyday lives,” Archbishop Gomez told participants of an Oct. 3 rally at Los Angeles City Hall.

“It will make it easier for them to get to work, to go to school, to go the store, to get to church. This bill will make our families, our communities and our economy stronger.”

California Gov. Jerry Brown signed a bill on Oct. 3 to allow permits for California residents who are in the country illegally, after they pass a driving test.

The legislation was praised as a landmark bill that could spark further reform across the country and make the roads of California safer. It is estimated that more than one million people may be able to gain licenses under the new law.

However, Archbishop Gomez noted, the legislation is “still only a half-measure” because the U.S. immigration system is “totally broken” and can only be fixed by “real and comprehensive” reform at the national level.

“We need immigration reform that keeps families together, that gives rights to workers, and that provides a generous path to citizenship,” he said, adding that comprehensive immigration reform would help immigrants join in the American promise and “live with the dignity that God intends for them.”

In a Sept. 30 letter to members of Congress, Archbishop Gomez joined other leaders of the U.S. bishops’ conference in urging that the government shutdown be quickly resolved so that Congress can “continue the essential task of immigration reform.”

Other bishops throughout the country have also spoken up on the need for reform, stressing the gravity of the issue for the nation as a whole.

“Our current immigration laws do not do enough to respect and protect the God-given dignity all of us have received, and they no longer correspond to the modern realities of globalized economies,” Archbishop Samuel J. Aquila of Denver and Bishop Michael J. Sheridan of Colorado Springs said in an Oct. 1 pastoral letter to Catholics in the state of Colorado.

Entitled “Immigration and Our Nation's Future,” the letter established that the human person must be the central concern in any consideration about immigration policy.

The bishops offered a framework built on Catholic social teaching, but declined to endorse any particular policy or party. Rather, they focused on the need to see immigrants, regardless of their legal status, as neighbors and to welcome them in Jesus' name.

They emphasized the importance of “both justice and mercy” in addressing the issue of immigration.

“Every American has a duty to help bring about reform in this arena, keeping in mind Jesus’ exhortation to help the poor, the hungry, the stranger and the imprisoned,” they said, warning against attempts to over simply the situation into an “us vs. them” scenario.

“We can narrowly brand undocumented immigrants as ‘lawbreakers’ or ‘illegals,’ and demand that the full weight of the law be used to keep them out,” the bishops said. “But if we approach this issue with a Catholic worldview, that is, if we think with the Church and try to see immigrants through the eyes of Christ, then a shift should occur in our minds and hearts.”

Countries have a duty to treat immigrants “as people in whom the face of Christ can be seen,” Archbishop Aquila and Bishop Sheridan said. Christian responses to immigrants must feature “hospitality” and reject “xenophobia and racism.”

The bishops acknowledged a legitimate right to national borders, as well as the need to respect local laws. At the same time, they said, migration in order to find better conditions for one’s family is a right, and refugees and asylum seekers should be given protection.

They stressed the dignity of the migrating human person and the importance of the common good in addressing the complex matter of immigration policy.