The World’s Most Famous Physicist Tells His Own Story 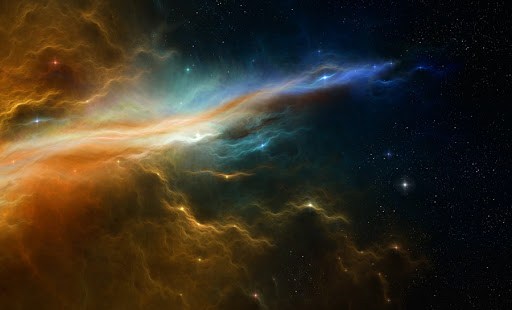 Stephen Hawking’s autobiography is a thoroughly enjoyable introduction to the achievements of a cultural icon.

A quarter of a century after the publication of his bestselling A Brief History of Time, Professor Stephen Hawking has published his own life story, My Brief History. The eagerly anticipated autobiography does exactly what it says on the cover, being at just 123 pages a brief introduction into the life and mind of the world’s most renowned cosmologist.

Born into an intelligentsia-based family, Professor Hawking speculates that the first stirrings of his interest in physics arose as a combination of early equations taught to him by his father, and as an extension of his interest in how systems worked and how to control them. This thought process, which began with model trains and aeroplanes, and led to discussions on the workings of the universe, he explains with the claim that “if you understand how the universe works, you control it, in a way”.

This is perhaps a telling statement, betraying an unwitting acceptance of the “knowledge is power” school of thought, whereby with knowledge man may control and have mastery over the world he inhabits. Yet it is exactly his physical condition – Hawking was diagnosed with motor neurone disease at the age of 21, with an original prognosis of just two years to live – which, as he reluctantly admits, is as much a cause of his celebrity as his published research.

Hawking neither bewails his condition nor attempts any trite explanation of how he has maintained his own morale throughout an unquestionably remarkable life, beyond his clear and oft-stated determination to gain as wide an understanding of the universe and its beginnings as he can. And it is both this fascination and his realisation of the possibility of an early death which has led him to both pose – and attempt to answer – some of the most fundamental scientific questions of our time.

Opening the aspect of the book devoted to his work in theoretical physics, Hawking sets the scene with the most fundamental question associated with cosmology, namely whether the universe had a beginning. At the outset of Hawking’s own academic career many scientists were (and still are) instinctively opposed to the notion of a beginning point of the universe since this would represent a question which science simply could not answer – as Hawking neatly concludes, “One would have to appeal to religion and the hand of God to determine how the universe started off”.

Despite his own indifference to religious belief, Hawking does not attempt to claim that cosmology or any other area of physics necessarily holds all the answers concerning the beginnings of the universe. As he (grudgingly) admits, general relativity (as well as metaphysics) suggests that the universe should have a beginning – “a result that did not pass unnoticed by the church” – and that there are notable contradictions associated with the mostly widely hypothesised non-linear theory of the universe, the so-called “steady-state” theory.

This basis of this theory was that as the universe expanded, new matter was constantly created to maintain total density at an average level. Hawking points out that this is problematic, as a negative energy field would be required to create this new matter – which would render it unstable and prone to runaway production of matter and negative energy. Testing this theory with radio sourcing across the sky led to conflicting results, with the discovery in 1965 of a faint background of microwave radiation, which could not be accounted for under the steady-state theory.

Disappointingly, Hawking does not significantly develop his argument from his 1988 thesis A Brief History of Time, that the universe is neither created nor destroyed, it simply is. However, readers with an interest in quantum physics will find much to chew on, in particular Professor Hawking’s views on the genesis, life and eventual collapse of Black Holes, the concept of “imaginary time”, and the feasibility of time travel (he believes this will never be possible) – albeit tempered with the modest admission that this whole field is on very shaky mathematical ground.

Like most autobiographies, My Brief History also discusses matters of personal pride, not least the births of his three children by his first wife, Jane. While Hawking is candid over the unconventional nature of his first marriage, which ended due to the ongoing presence of his wife’s live-in lover (a situation to which he acquiesced and even appears to have encouraged), the circumstances around his second – to his then-nurse Elaine Mason – is one in which Hawking offers only hints.

Despite his admission that this relationship was “passionate and tempestuous” (as well as that her presence and medical training saved his life on numerous occasions), there is no mention of the physical and emotional abuse which has been alleged since this relationship ended. Instead, Hawking concludes this chapter of his life with the explanation that various health-related crises eventually took their toll, and since their 2007 divorce he has lived alone with a housekeeper.

Overall, this is an engaging and inspiring read, with heartwarming anecdotes as plentiful as the scientific questions and hypotheses which accompany them – my personal favourite being a brief but touching anecdote concerning his being awarded the 1975 Pius XI Medal by the Pontifical Academy of Sciences, in which Pope Paul VI got down from the Vatican throne and knelt by his side for the duration of the ceremony.

Yet it is Professor Hawking’s obvious enthusiasm for his subject which renders even some of his more complex theories simultaneously fascinating and very readable. The final line of this autobiography reads as testament to a remarkable life of scientific inquiry: “I am happy if I have added something to our understanding of the universe”. With this book, as with several before it, Stephen Hawking certainly has.

Patrick Cusworth is a public affairs consultant, specialising in the science, research and technology sector. He holds a Masters degree in Medical Law and Ethics.

Originally published by MercatorNet on 11 October 2013.