After 30 Years of Growth, Vatican’s CTV Looks to the Future 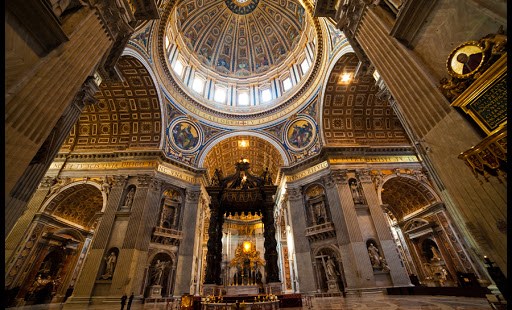 As the Vatican’s CTV network celebrates 30 years, leaders within the organization share their hopes and plans for the future.

During the anniversary celebrations of the Vatican's CTV network, leaders within the organization expressed great hopes for the future, and shared their vision of what it might hold.

The network's family, noted Msgr. Vigano, includes “the world of all of the international television stations, broadcasters,” and “international agencies,” many of whom spoke at the event sharing their experience of working with CTV throughout the years of their existence.

Msgr. Dario Eduardo Vigano is the director of the Vatican Television Center, and has been in charge of the organization since January 2013.

To commemorate the 30th anniversary of their foundation, CTV hosted a symposium in Rome in which many experts in television broadcasting were present.

During the anniversary celebrations, President of the Pontifical Council for Social Communications Archbishop Claudio Celli revealed to journalists that CTV is in “an age of full maturity,” and that “it's not a time to look back on what we've done but it's a time to look ahead…to the challenges of the future.”

Reflecting on the direction in which the television center is going to take, Msgr. Vigano urged that “The future for us is a moment of great technological innovation.”

According to Msgr. Vigano, a long term commitment of the organization is to create “a digital archive of all of our footage” and to make them “available for our internal workflow and also externally to international broadcasters so they can see what we have in our archives,” which broadcasters will eventually be able to choose from.

Another goal of CTV “is longer term but we’re already experimenting with it,” noted the priest, revealing that this goal will be “delivering a historical document to the future historians with a cinema-level quality.”

This historical content, stated Msgr. Vigano, aids in CTV’s mission of “telling the story of the Pope step-by-step.”

The television center’s video cameras, he urged, are the only ones “that follow the Pope’s every movement, they document everything he does and distribute the footage.”

“So, we can say it’s the gaze of the world on the Pope, on the events of the pontificate and what goes on within the Holy See.”

Founded in 1983 by Bl. John Paul II, the Vatican Television Center specializes in the areas of live broadcasting, archiving, and production, aiming to spread the Gospel through the avenue of television, giving special emphasis to the activities of the Pope and those of the Apostolic See.

According to the Vatican's press announcement for the anniversary symposium, the event was also an opportunity to address “new communication challenges in a world in which the media are increasingly complex and interconnected.”