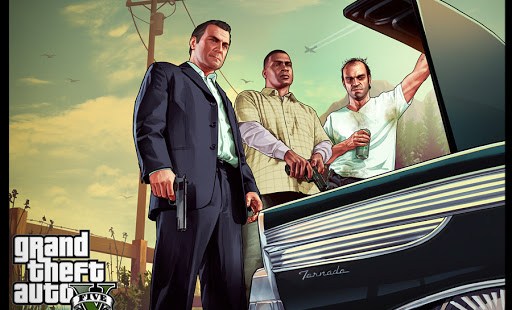 If you want to find out, just buy a copy of the mega-hit video game Grand Theft Auto V.

What’s it like to torture someone? Instinctively, most of us recoil from the question. We don’t want to know.

But over 20 million people have gotten a taste, in recent weeks, of what it’s like to torture a person—and they’re coming back for more.

The game, like earlier titles in the series, is awash in murder, mayhem, and misogynist sex. Yes, that’s bad enough. But Grand Theft Auto V breaks new ground by forcing players to participate in a virtual torture scene.

There’s no choice, no way around it. To advance in game-play, the person behind the controls must become a sadistic torturer.

How bad can it be? It’s a video game, after all.

Reviewers describe the torture scene as “lurid,” “gruesome,” and “so troubling that I had difficulty playing it.” (YouTube, of course, provides viewer-uploaded game scenes, not for the squeamish.)

Don’t let the “virtual” nature of the torture deceive you. A conscious decision to inflict sadistic cruelty is more than just a mind game; it damages the soul and the psyche of the cyber-torturer. Consider what happens interiorly when the player realizes that he or she must “become” the torturer in order to move successfully to the next level.

Although the internal barrier to torture is strong, and human beings have a natural aversion to witnessing, let alone inflicting, ghastly acts of cruelty on another human being, the adrenaline rush and built-in rewards of the game push the player to overcome both conscience and instinct. And if that internal barrier to torture has been battered by repeated voyeuristic experiences—watching torture scenes in movies or video games, for example—the barrier falls all the more easily. The gaming context offers an easy rationalization: “It’s only a game. Just do it.”

As with real torture, the game’s torture sequence is a deliberately lengthy process. Torture, by design, is not fast. It revels in its slowness, ratcheting up the terror and pain of the victim. The drawn-out process allows the torturer to derive maximal pleasure from each step, lingering over the other person’s suffering. So it is with Grand Theft Auto V. The scene opens with dialogue (f-bombs pass for dialogue), and then envelops the player-as-torturer in a sadistic experience. Painstakingly inspecting and then choosing the implements of torture, the gamer weighs the cruelty to come. How to begin? What kind of excruciating pain should come first? The bound victim, meanwhile, watches and writhes in terror.

It’s not quick. Players have to work at inflicting the torture. And it’s personal. The player owns the decision to begin the torture, to inflict the chosen harms, to persist in inflicting pain in spite of the victim’s cries, and finally to dial up the pain intensity in order to finish the scene.

Nor is “virtual” torture a once-and-done kind of thing either. Fans of Grand Theft Auto V shell out roughly US$50; repeat play is expected at that price. Players will “practice” the torture scene over time, until they have thoroughly beaten back their natural revulsion and outrage. Torturing another person will become routine in their virtual world.

Worse, repetition will likely stimulate the gamers’ desires to engage more creatively with the scene. (“Last time, I yanked his teeth out one by one—his mouth was a bloody mess, man! This time I’ll use electric shocks. That heart monitor shows every jolt. That’s so cool…”) As the player invests more thought, imagination, and effort to vary the scene, he or she will likely value the resulting “success” even more.

The torture scene certainly hasn’t hurt sales, partly because game reviewers simply can’t bring themselves to say “interactive” torture wrong. One reviewer admits that the torture scenario “isn’t fun as gameplay” but justifies it as “satire,” a social commentary on U.S. waterboarding tactics towards terrorists. Another critic (the one who described the torture scene as “so troubling that I had difficulty playing it”) reduces the controversy to a quibble over the “boundaries of taste,” as if the choice to torture is merely a matter of manners. Deaf to the moral tones implicit in human choices, he pronounces Grand Theft Auto V “one of the very best video games ever made” and mocks the “moral hysteria” that he predicts will ensue over the game’s torture element.

Far from generating “moral hysteria,” Grand Theft Auto V has generated “ungodly” profits and steamrolled over the few protestors in the public square. One human rights group strongly condemned the game’s producers for “glamourizing” torture and “forcing” people to commit “unspeakable acts if they want to achieve success in the game.” The British teachers’ union, on the other hand, squeaked out a timid complaint, sputtering that it was “not calling for a ban on these games, or censorship at all. What we are asking is for parents to become aware that the little ones are seeing these things.” Nothing wrong here, just childish sensitivities at risk.

Family-oriented media reviewers warn that young children should not play Grant Theft Auto V (GTA 5), but peddle the morally agnostic view that a player’s “maturity” is what matters. For example, engagedfamilygaming.com says, “GTA 5…[is] the kind of mature fun that’s reserved for responsible gamers and not children or teens that are still impressionable.” Similarly, Common Sense Media calls the game “a dark fantasy with the potential to prove immense fun for those who are mature enough to properly appreciate its adult humor and able to clearly distinguish between right and wrong.” (Teens, inevitably, consider themselves mature: User ratings on Common Sense Media’s website show both kids and parents recommending the game for ages 14 and 15 and up.)

One sunny psychologist opines that violent games like Grand Theft Auto V offer “therapeutic” outlets for juvenile offenders, the high-tech equivalent of pounding pillows perhaps. Others call the game “art”. Writing in Time magazine, Reason editor Nick Gillespie exulted over another reviewer’s description of the game as a fictional world that “drags you in. It begs you to explore – and then it rewards you.” Gillespie concludes, “If that isn’t art worth celebrating, then nothing is.”

Grand Theft Auto V is not the first game to feature torture scenes. But having broken the taboo against interactive torture scenes, it marks the beginning, not the end, of a troubling trend. Once the appetite to “play” at torturing others is created, that appetite will beg to be fed. Game designers have already announced plans to create scenes “even more traumatic” than the torture scene in Grand Theft Auto V. One game creator, whose previous work includes utterly depraved—but non-playable—torture scenes, argues that torture has a place in video games: "If the violence will give new emotions that are important to the game, I want to put it in there.”

Taking on the role of virtual torturer can’t help but change a person. And each sale expands the audience of people (including middle-aged folks) willing to role-play sadistic cruelty. Thanks to Grand Theft Auto V, over 20 million people now know the answer to the question, “What’s it like to torture someone?”

Their reply: “Not so bad. Let’s play it again.”

Shouldn’t that trouble us?

Originally published at MercatorNet on 21 October 2013. Used with permission. All other rights reserved.