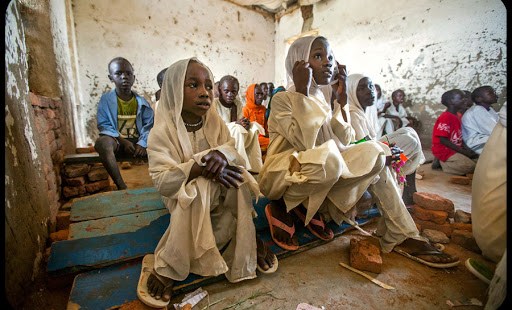 Think slavery is a thing of the past? Think again. Dr. Henrietta Williams says its on the rise, but the Catholic Church is fully committed to ending it.

Human trafficking is a major scourge to women and children that needs greater international attention, the head of a Catholic medical group in Nigeria told a gathering of experts in Rome.

Dr. Henrietta Williams explained to CNA that “there is a lot of human trafficking going on” throughout the world.

“A lot of measures have been put in place – you know, laws, border controls, all sorts of things,” she acknowledged. “But we’ve also noticed that the situation is getting worse. It’s not getting better, and there’s a lot of suffering.”

As a gynecologist and the head of the Association of Catholic Medical Practitioners of Nigeria, Williams was invited to present at a Vatican study group entitled, “Trafficking in Human Beings: Modern Slavery,” held on Nov. 2-3 in Vatican City.

The conference was held at the request of Pope Francis for the purpose of further investigation into the practice of human trafficking.

“I think what Pope Francis has done is an excellent initiative,” Williams said, citing the importance of education and awareness on the gravity of trafficking.

According to the International Labor Organization, the majority of victims affected by human trafficking tend to be women and children. The group estimates that 20.9 million people have been victims of forced labor globally from 2002-2011, although the exact number of human trafficking victims remains unknown.

With the practice of human trafficking on the rise, Williams said, “the problem is much deeper than people think.”

“People think, ‘oh, human trafficking, prostitution.’ Just from today’s talk, we’ve found that there are a lot of players in the background – we don’t know (exactly) who they are – who are making a lot of money: so called ‘respectable members’ of society, multinational companies, exploiting women not just for sex – for labor.”

Moreover, modern technology adds new levels of complication, she continued, pointing to internet recruitment of women and children, which is “extremely difficult to monitor.”

Williams’ own work in medicine has given her insights into the exploitation of women in her home country, including lesser-known forms such as egg harvesting.

The girls are “paid some paltry sum – about 50 euros” so the clinics can “harvest eggs from them after hyperstimulation, which is actually a dangerous medical procedure. And the girls’ eggs are used for experimentation abroad,” the gynecologist explained.

Although the women “know that something is being done to them medically,” the clinics “don’t tell them what they are going to use the eggs for.” Because the women are illiterate, they often undergo operations without true “informed consent.”

Williams finds it repugnant that many of the procedures, which are “actually banned in Europe and America,” are still being carried out in Africa.

She and others are fighting these practices. In addition to combating illegal activity, the doctor has found herself at the Nigerian senate, where some organizations “have gone to try to get countries to pass laws or to change laws which allow them to further exploit these young women for their eggs, for their organs.”

When asked why sub-Saharan Africa sees so much trafficking, Williams described a set of cultural circumstances that leaves many people at risk.

“West Africa and East Africa have had a culture of slavery over the centuries, so they don’t see it as ‘evil’ because it is something that has been happening and so it’s a different type of slavery,” she recounted. “Parents might sell their daughter to recover money for debt, to build a house, to buy land.”

The practice of “bonding” is also very common. “It’s like borrowing money,” in that a family “bonds” their daughter to a person or group “and (they) expect that the girls are going off hopefully to make some money and bring some money back.”

“Others go as domestic workers, housemaids, to people abroad,” continued Williams, “but in actual fact the girls are exploited. They are used and their passports are seized and taken away and they have no freedom.”

Nigeria itself houses a “vicious center” of human trafficking. Many of the girls from there “end up in Italy as sex slaves.”
Sex slavery is more common in East and South Africa, says Williams, where there is a link between the tourist industry and pedophilia.

Another group of victims involved in trafficking are those who are “just trying to run away from conflict and unemployment,” she stated. Their risk levels are particularly high because “they have no papers, no identification.”

All of these people “are very susceptible to all these traffickers who are making a lot of money out of them,” warned Williams.

To combat these problems, the Catholic Church is working with “women’s organizations, and the reverend sisters, and homes,” to try to help women who are victims of sex slavery.

“They try to rescue them, rehabilitate them, teach them a new way of existing, before repatriating them,” noted Williams.
In the future, she hopes for a more united, inter-disciplinary, global response to trafficking at large as a result of this weekend’s conference.

“From all the different experts we have coming in here – we have social workers, we have police, we have NGOs, we have FBOs, we’ve even got people from the Anglican church, you know, all the people who are working at grassroots levels…we’re hoping that at the end of this meeting at least we’ll know exactly the next step to take.”
Behind all of this research and activity, added Williams, must be prayer.