Pope Francis and the Satanism of Greed 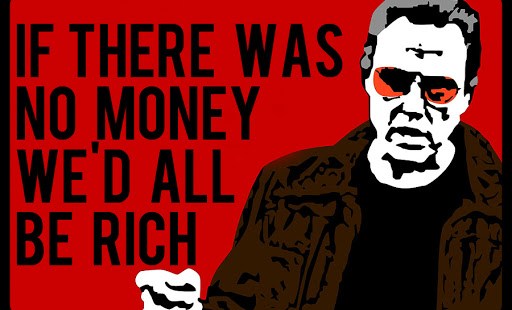 Pope Francis has criticized those who follow the “kickback God” and calls us to follow the “giveback God”. Jesus came as a servant, and we are called to follow his example.

When a relative of mine was taking instruction to be received into the Catholic Church, he was told by a well meaning sister that “Since Vatican II, Catholics don’t have to believe in hell.”

It’s not a mistake Pope Francis would make. Whenever secular journalists write about Pope Francis, they cannot resist a paragraph about him adopting a “softer, more inclusive stance on sexuality and divorce.” They seem somewhat bewildered therefore when the Pope also speaks in traditional language about evil. Nick Squires, writing here in London’s Daily Telegraph, admits that Pope Francis also speaks frequently about hell and the devil.

This time, the Pope was hammering corrupt businessmen and politicians. He described people engaged in corruption as “whitewashed tombs,” saying that “they appear beautiful from the outside, but inside they are full of dead bones and putrefaction.” A life based on corruption is “varnished putrefaction,” the Pope said. Referencing the Gospel, he implied that they should have a millstone hung around their neck and thrown into the sea.

Pope Francis is keenly aware that Satan is alive and well on planet earth and that hell is a reality. His de-emphasis on some Catholics’ main talking points of sexuality is not an attempt to take a “softer and more inclusive” line, but to draw attention to the fact that sexual sins are not the only human failings. Because sex sells, too many journalists only report Catholic news when it involves some issue below the belt. By avoiding those topics, Pope Francis shrewdly deprives the journalists their usual gossip point.

Instead, Pope Francis draws attention to the corruption and greed that leads to violence in our society. Last Friday, Squires reported, Francis also attacked Catholics who grow wealthy from graft and use tainted money to shower their children with gifts and send them to expensive schools. “Those who take kickbacks have lost their dignity and give their children dirty bread”, he said. Corruption was as much of an addiction as taking drugs – “We might start with a small bribe, but it’s like a drug,” he said. He prayed “that the Lord may change the hearts of those who worship the kickback god.”

Satan lures many people to destruction through twisted sexuality, but he lures many more through the materialism and greed that most people in our society not only take for granted, but believe to be a virtue. “Success” is understood purely in terms of financial prosperity and worldly achievement. Taking kickbacks, cheating and lying to get ahead has become a lifestyle choice.

Pope Francis is eager to call attention to the violence that results from such greed. When greedy, corrupt politicians and business people steal, they deprive the poor of their daily bread. They twist political systems, rob ordinary people of power and steal from the most vulnerable. That they buy lobbyists, pay off politicians, and change the law in order to steal legally is even worse.

Pope Francis’s words and works emphasizing radical poverty contrast with the grotesque greed and consumerism which plagues our world. On the one hand, the Pope condemns the corrupt and venal with the strongest language, and on other hand he shows a “yet more perfect way” – the way of Gospel charity: love for our neighbor and detachment from our worldly goods.

Pope Francis criticized those who worship the “kickback god” and calls us to follow the “giveback God.” Instead of corrupt self-serving, we are reminded that Jesus Christ did not cling to equality with God but took the form of a servant. This is the God who keeps on giving and who never takes. We are created in his image, and when we twist that image into greedy self-serving, we are taking the path away from him.

The Pope is right to remind us that this is the way of Satan, and the long downward slope to the everlasting dark.

Fr. Dwight Longenecker’s latest book, The Romance of Religion, will be published in February by Thomas Nelson. Visit his blog, browse his books, and be in touch at dwightlongenecker.com.