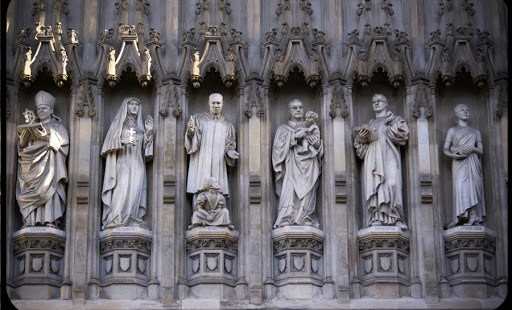 Archbishop Emeritus of Guwahati makes a clear distinction between true evangelization and the pitfalls of false martyrdom and proselytism.

"If we are persecuted because of our carelessness, institutional arrogance, lack of cultural integration, we should not consider ourselves martyrs." This is what is stated in a note sent to Fides by His Exc. Mgr. Thomas Menamparampil, Archbishop Emeritus of Guwahati and still in charge of the Office for Evangelization in the Federation of Asian Bishops' Conferences (FABC).

In the text that the Archbishop shared with Fides, reference is made to the Indian context and other areas of Asia, where Christians face persecutions, on the day when the Holy See issues the Pope’s Apostolic Exhortation "Evangelii Gaudium."

The text sent to Fides says: "No doubt there may be opposition, but it is not against Jesus or his message, but against the negative impression developed towards Christians, that is, towards those who are associated with the message."

The affirmation of the Archbishop– who recently received an Honorary Doctorate in "Missiology" from the Urbaniana University in Rome– calls into question the work of Christian communities, often linked to Pentacostalism but also to movements present in the Catholic Church, which promote a "mission style" often mistaken for "proselytism."

Evangelization is another thing compared to proselytism– that even Pope Francis defined "a solemn nonsense". All this does not mean "dampen the missionary zeal." The Archbishop launches an appeal for "the revival of missionary enthusiasm," stressing "the need to share the Good News with great self-confidence." However, this is only possible "through building good relationships and removing prejudices," he notes. "The Christian message," he says, "can be communicated in its true meaning only if it reveals the 'human face' of Christ."

St. Paul– the Archbishop recalls– proclaimed the Good News to new communities, liaising with them "with great respect."

"He was sensitive to the cultural and ethnic heritage of every people. The apostle always began by making the concerns and anxieties of the people his, and making his preaching understandable through the use of their categories, adapting to their world view and to mentality of the place." Therefore, "there is a special pedagogy in the transmission of faith beyond one's own culture," explains Mgr. Menamparampil.

In decades of pastoral service in the troubled northeastern region of India, for example– where the Archbishop sponsored several peace negotiations between the local people– "the work of reducing mutual anger and conflicts of class, caste, ethnicity, religious groups, has become central to our missionary service, in order to build peace and reconciliation."