Nigeria: Amid the Wealth of Oil, Children Die of Malnutrition 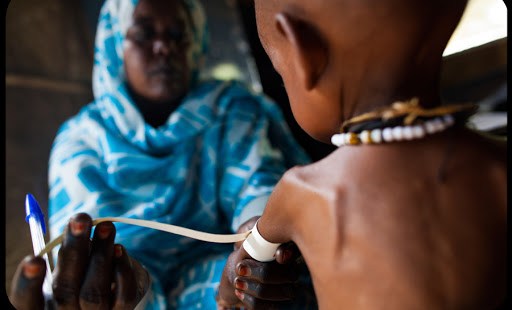 A Nigerian bishop explains the unfortunate circumstances in Nigeria, including Islamic terror group conflicts in the north and social injustice in the south of the country.

According to a local Catholic leader, there is no peace for Nigeria. While in the north of the country, the conflict with the Islamic terror group Boko Haram is worsening, the people in the south are increasingly the victims of environmental pollution and social injustice, the ignorance of their rulers, economic mismanagement and corruption.

This was the message of Bishop Hyacinth Egbebo in a meeting with international Catholic pastoral charity Aid to the Church in Need (ACN).

Bishop Egbebo, who has headed the Apostolic Vicariate of Bomadi in the Niger Delta since 2009, described the situation there in these words: “The government does not care about the people, only about itself.”

He said that the population is largely excluded from the opening up of the rich oil reserves in the south of Nigeria. Instead, they bear the burden of the unrestrained exploitation of resources.

In the rivers of the Niger Delta, according to Bishop Egbebo, there are practically no fish anymore, “The cause of the drastic decline is the severe pollution of the Delta due to oil extraction as well as overfishing. There are too many nets.”

As a result, fishing as a traditional means of livelihood is disappearing. The bishop described how in order to secure an income the people try to obtain crude oil, process the raw material into gasoline and sell it, although the government tries to prevent this.

Bishop Egbebo, “The conditions of life in the Vicariate are very, very poor. Children die of malnutrition; the quality of the drinking water is really bad. There is a lack of everything, of hospitals, schools, and good moral training and education.”

According to Bishop Egbebo, some three million people live in the area of the Apostolic Vicariate of Bomadi, among them some 30,000 Catholics. The majority of the population belong to traditional religions as well as to Pentecostal churches.

Bishop Egbebo, “There are forms of syncretism and simple preaching. Those who do not achieve wealth are in league with the Devil. Even the closest of relatives are accused. This fosters hatred among the people, not love.”

“But we should even love our enemies. This is the theology that we must preach. Only love will win.”

The Apostolic Vicariate of Bomadi has 35 priests. For pastoral care in the 25 parishes they are reliant on vehicles, and especially on boats. But there is a shortage of both.

Bishop Egbebo, “The people trust the Church. We can do a great deal to improve their situation. We lack means, but we will continue to try.”

Originally published by Aid to the Church in Need on 26 November 2013.