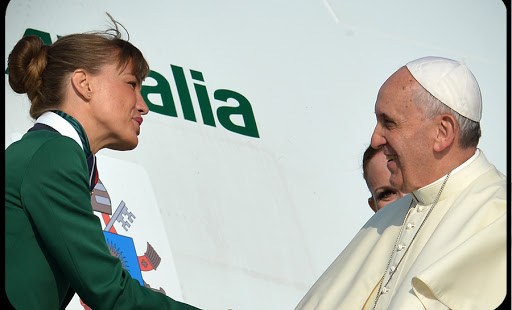 Pope Francis intends to visit the U.S. in September of 2015, according to John L. Allen Jr. of the National Catholic Reporter.

"The primary motive for the trip," Allen writes, "would be the eighth edition of the World Meeting of Families, an event held every three years that was launched under Pope John Paul II in 1994 and is held in various parts of the world. The Vatican announced in February 2013, shortly before the resignation of Pope Benedict XVI, that the next edition will be Sept. 22-27, 2015, in Philadelphia."

So far in the ten months he's been pope, Pope Francis' only international travel has been to Brazil, which he visited for World Youth Day in August 2013. He currently has plans to visit the Holy Land in May and possibly South Korea in August.