Why We Need Mediocre Artists 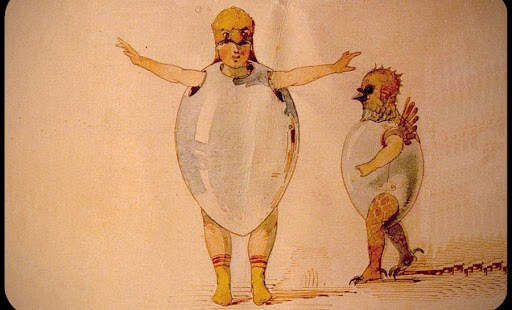 Failure is the first step to success.

Back in October, my husband and I decided to take our first childless vacation since we became parents.  We planned it for Biloxi, reserved the hotel, the sunset sailing cruise, dinner in a fancy restaurant, the whole nine yards.  Then, three days before we were set leave, Tropical Storm Karen took aim at the Mississippi coast.  Thinking it unwise to ignore an omen that literally came with my name on it, we decided to head west to San Antonio instead.

In my haste to plan a trip at the eleventh hour, I bought tickets for a Sunday matinee at the San Antonio Symphony, not realizing it was an abbreviated concert for children that included a lecture from the conductor.  So, on our “grown up” vacation, we went to children’s music class.  On the syllabus for the day was Pictures at an Exhibition by Modest Mussorgsky, orchestrated by Maurice Ravel.

"During the summer of 1873, the artist/ architect Viktor Hartmann died suddenly from an aneurism at the age of thirty-nine. Hartmann’s forgettable talents led to a series of mediocre works that momentarily captured the attention of a few major figures in the artistic community of St. Petersburg. In all fairness, Hartmann’s work should have died with him. – from the symphony program."

Maestro Sebastien Lang-Lessing showed slides of the existing Hartmann works during his presentation, and the program writer was quite justified in calling them “forgettable.”  The only reason Hartmann’s work did not die is that Modest Mussorgsky, a man of much more memorable talents, happened to attend a posthumous exhibition of his friend Hartmann’s work, which inspired him write a piece for solo piano.  Several decades later, that piece caught the eye of the brilliant Maurice Ravel.  Ravel was not the first to orchestrate Mussorgsky’s work–over a dozen composers have tried their hands at that task–but Ravel elevated Pictures at an Exhibition into the canon of established symphonic music, creating something that professional symphony conductors think worthy to lecture about to an audience of children.

It took three men in two countries more than forty-eight years to create the half-hour of music I enjoyed on a different continent, in a different century, through the intercession of an actual hurricane.  Somewhere in St. Petersburg in 1873, a butterfly flapped its wings.

The improbable sequence of events that led both to the creation of Pictures at an Exhibition and to my having heard it in the exact context that inspired this post will seem to some as evidence of the randomness of the universe, to others as proof that God always has a plan.  For me, however, the lesson is simply this: Viktor Hartmann did his best.  His best could never put him in a class with contemporaries like Manet and Gaugin, and I guarantee that when he sat down to paint “The Hut on Hen’s Legs,” he had no notion that a Frenchman not yet born would someday use it as the backdrop of an orchestral work that would endure for centuries.  Hartmann sat down to paint it, nonetheless.

It so happens that I count myself among the world’s mediocre artists. I am a singer and choir director working in a humble parish church. Someday, my voice and my arms will die with me, and this music stuff I have been slaving at for decades will become nothing more than fodder for my obituary. The odds that I will inspire some greater artist to create something lasting are pretty slim, but I have, at least, been known to inspire smiles. I have taught a few people to improve their craft, and, most importantly, enriched a few prayers. It is enough. Viktor Hartmann’s legacy demonstrates that if we use our talents (however forgettable) to ignite just a tiny spark of beauty, there is no limit to the wildfire the winds of the Spirit can flame. No artist should ever strive to be mediocre, but neither should the fear of mediocrity deter us from plying our trades. So get out there. Create. Get better every day. Make someone smile, and then let the butterflies do their thing.