Ukraine, the Janus of Europe 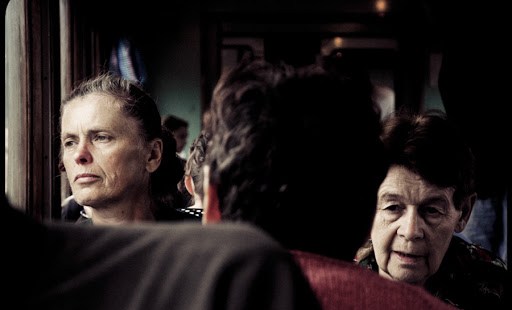 Like many former Soviet republics, Ukraine is still in the throes of an identity crisis.

Ukraine, a strategically located nation of 45 million, seems to be coming apart at the seams. The largely Ukrainian-speaking western part of the country desires closer ties to Western Europe, including economic and political integration with the European Union (EU). The mostly Russian-speaking eastern half of Ukraine wants to preserve the nation’s historic economic and political ties to the Russian Federation, headed by Vladimir Putin. But the division goes deeper than just disagreements about political alignment, economic systems, or even security arrangements. What is happening in Ukraine today is fundamentally an identity crisis, one that has the potential to become a flashpoint between the West and a resurgent Russia, and which could also have significant consequences for the cause of Catholic-Orthodox reconciliation.

None of this is new for Ukraine, which straddles the important northern banks of the Black Sea. For millennia, this territory has acted as a kind of hinge connecting the western and eastern halves of the Eurasian landmass. Like Poland to its west and Belarus to its north, Ukraine has been overrun, occupied, sundered and reconstituted many times since the founding of the Kievan Rus in 882. The former Soviet republic is a demographic patchwork: two distinct Slavic languages; a large percentage of ethnic Russians; and three competing religious groups, including two Ukrainian Orthodox Churches – the Kiev Patriarchate (UOC/KP), which is not recognized by the rest of the world’s Orthodox Churches, and the Moscow Patriarchate (UOC/MP) – as well as the small but influential Ukrainian Greek-Catholic Church, a "Uniate” body in communion with Rome.

Since the fall of the Soviet Union in 1991, and especially since the “Orange Revolution” of 2004, the EU has been courting Ukraine relentlessly. That diplomatic mating dance took an important turn in 2010 when Viktor Yanukovych, who had resigned as Prime Minister during the Orange Revolution, was elected President. For a time, it appeared that Yanukovych favored integration with the EU, despite the fact that his electoral base was in the Euro-hostile East. In 2012, Ukraine signed a European Union Association Agreement (AA) and a free trade pact, intended to set the nation on a path toward full economic and political integration into the EU. But neither measure was ever ratified by EU member governments because of concerns over Ukraine’s human rights record, and in particular the government’s treatment of former Prime Minister Yulia Tymoshenko.

Russia has been a central player in the Ukraine-EU relationship since the Soviet Union’s demise. The Russian government views European Union expansion in the east as a violation of its traditional sphere of influence and a potential future security and economic threat. Putin has often expressed a desire to unite the former republics of the Soviet Union into a voluntary political and economic union that could act as a counterbalance to the EU in Eastern Europe. From the inception of direct talks over the AA and free trade agreement, the Russian Federation has put pressure on both parties to slow or even halt progress toward Ukrainian integration into the EU. That effort took a new turn in November 2013 when President Yanukovych suspended Ukraine’s preparations for ratifying the AA. One month later, Russia agreed to provide cash-strapped Ukraine with $15 billion in financial aid and offered the country a 33% discount on Russian natural gas.

The events of November and December have sparked widespread protests – now known as “Euromaidan” – in Western Ukraine by supporters of closer ties with the EU. As of this writing, protesters who had occupied several buildings in central Kiev have relented under the threat of a state of emergency and potential martial law. Four protesters have died in clashes in Kiev. In response, counter-protests have flared in Eastern Ukraine, where Russian-speakers, including ethnic Russians, and industrial workers have expressed concern about the erosion of Ukraine’s unique cultural and religious identity, as well as its connections to the Russian motherland. US Senator John McCain’s intemperate remarks during a December visit to Kiev have helped inject an anti-American element into protests in that part of the country.