10 Things We Learned from the Super Bowl 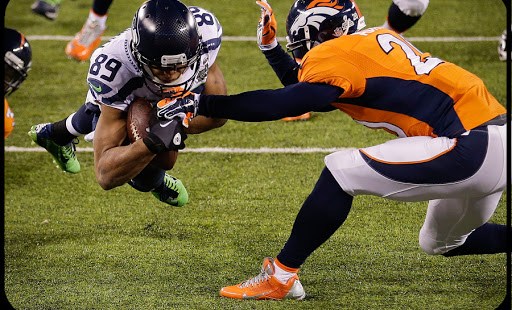 Besides the one we already knew: defense wins championships.

Waiting to get their hands on the Lombardi Trophy, the Seahawks were surrounded by security guards in orange jackets. It was the first time anyone in that color stopped them all night.

The Seahawks stayed true to their mantra to make each day a championship day. They made Super Bowl Sunday the best day of all with one of the greatest performances in an NFL title game — sparked by a defense that ranks among the best ever. The Seahawks won their first Super Bowl crown by punishing Peyton Manning and the Denver Broncos 43-8.

That masterful defense, the NFL's stingiest, never let the five-time MVP get going, disarming the highest-scoring offense in league history. Spectators of the game were reminded, if they needed reminding, of one of the bedrock principles of team athletic competition: defense wins championships. But there were other lessons, both large and small, from this 48th edition of the Super Bowl. Here are the Top 10 Things I believe we learned from this year's game:

1. First things first, that the Doritos "Time Machine" ad was the funniest of the lot. Its simple comic concept outclassed more overblown ads featuring big stars and big special effects, many of which were not very funny at all (paging Wonderful Pistachios).

2. That for better or worse, the Super Bowl is one of the few events in which the citizens of these United States participate (more or less) as a nation. On further review, that's no doubt for the worse. As Seth Godin wrote on Sunday: "People thrive on mass celebration, but as our culture has fragmented, these universal observances are harder to find." Godin is right that the Super Bowl has become one of our chief secular festivals. There's a kind of rush knowing that one is watching the same event at the same time with 100 million other viewers. Yet as fun as the Super Bowl is, one wishes that we could commune nationally over other, more important things (that aren't catastrophes).

3. That some of the more important things, however, can find their moment at the Super Bowl. Fox brought some substance to its pre-game coverage by featuring a variety of NFL players both past and present, among other notabes, reciting the Declaration of Independence from some of America's most beloved historical venues. I liked that a lot. And former Philadelphia Eagles great Chuck Bednarik doing his part from Independence Hall in Philly? Priceless.

4. That when you eat copious amounts of "Scoop" Fritos with guacamole during the so-called "snacks" portion of the evening, you're not very hungry for dinner.

5. That the Super Bowl committee should offer soprano Renee Fleming a permanent contract as the singer of the National Anthem.

6. That the evening simply goes better when you turn off the TV for the entirety of the half-time show.

7. That there remains a welcome sentiment in this country that at least some of our top products should be made in America by Americans. When Bob Dylan does a Chrysler ad to make this point, you know the situation is serious. But why should we confine ourselves to making automobiles?

8. That Broadway Joe Namath needs a personal shopper next time he goes looking for a coat. And that Western Civilization has reached a new ebb when we have to watch David Beckham scampering around in his underwear.

10. That it's quite possible that many Denver fans in attendance at MetLife Stadium spent the fourth quarter watching Downton Abbey on their smart phones.

11. That my son won the family Super Bowl betting pool, and so he gets breakfast in bed. Sigh.

So what did you learn from the Super Bowl?