Not the Individualists You’re Looking For 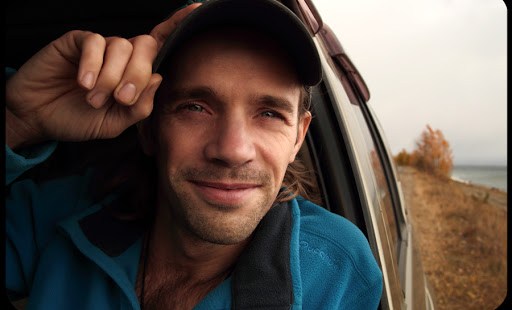 I recently had a conversation with some Catholic friends of mine about the social problems that the Church faces today. Like many well-educated Catholics, my friends were wary of the “atomization” of society, and felt that the greatest threat to the strength and unity of the Church was “individualism.” My response was, well, yes and no.

On a superficial level, yes: many people are what you might call individualists. They want nothing other than the gratification of their baser, less mature desires. But on a much deeper level, no: all too many people — Catholics included — desire relief from the duty to mature, to hone their desires, to submit their passions to their own reason and to form their consciences with responsibility and care. They don’t want to be independent even to the degree that the Church would require. To be a true “individualist,” in the worst, most selfish sense, is to be willing to sacrifice responsibility for the sake of dependency. We are political animals, yes, but this is why Pope Francis compares those who opt out of engaging in

politics — that complex and often cynical practice — to Pontius Pilate. Pilate was an individualist who washed his hands of the pressing dilemmas he faced. He was also willing to pass off his own responsibility to judge for himself — and perhaps this was the graver fault. He passed that responsibility off to the “community”: to ecclesiastics, civil authorities, and a mob drummed up by demagoguery.

It is very difficult to back out of the problem of individualism without backing into a distorted, irresponsible communitarianism that, after all, strongly resembles its opposite. During our troubled modern times, the Church has prescribed that we keep our eyes on the natural law. Without adherence to it, the moral authority of the Church — and even our religious practices — will be at risk of being socially and legislatively undermined and excluded. The natural law is “a necessary foundation for the erection of moral rules and civil law,” according to the Catechism of the Catholic Church. Provided that each of us makes a point of discerning and obeying the natural law, it can also serve to protect against the excesses of individualism on the one hand, and groupthink on the other. Note the Catechism’s well-chosen words about the natural law, which lays claim to “each” of us and “all” of us: “The natural law, present in the heart of each man and established by reason, is universal in its precepts and its authority extends to all men. It expresses the dignity of the person and determines the basis for his fundamental rights and duties….”

In his brilliant We Hold These Truths, John Courtney Murray made a case for natural law that would soon be echoed in the documents of Vatican II. According to Murray, the natural law has a "secure anchorage in the order of reality — the ultimate order of beings and purposes." Natural law is "timeless, and for that reason timely; for what is timeless is always timely." We live, writes Murray, in "a time for metaphysical decisions. … No one escapes making them; one merely escapes making this one rather than that one." While any such decision will amount to "a metaphysical decision in regard of the nature of man," it is not merely a matter of leisurely contemplation. Rather, our decisions will carry with them "certain political consequences."

One such decision is to opt for "modern evolutionary scientific humanism," which Murray calls "the new rationalism," and "the favorite creed of our contemporary social engineers." "[I]ts premise is the autonomy of man, who transcends the rest of nature and is transcended by nothing and nobody (at least nothing and nobody knowable)." In this view, man is more than and autonomous from reason. Insofar as there is a natural law in this theory, it is identified with "the drive of the whole personality," or the "totality of impulses whereby men strive to 'live ever more fully.'" To the "new rationalist," nature is "an evolving concept."  Under this system, state and law are meant to enact the "wants" of society, and "endeavor to satisfy these desires with a minimum of social friction."

Given this premise, there is no firm ground for appeal to principles outside the spontaneous and ever-evolving desires of society. And worse, "by a curious but inevitable paradox, the relativism of the new rationalists must find its native political expression in a new and subtle form of state absolutism." I think it’s extremely important to emphasize what Murray points out with regard to murderous totalitarianism: "The essential dialectic has already been displayed in history. The absolute autonomy of human reason, postulated by the old rationalism, had as its counterpart the juridical omnipotence of the state." In the new rationalism, variations on the old are "accidental," and therefore the horror that characterized the latter "will repeat itself: the autonomy of human reason (the denial of its subjection to a higher law not of its own creation) = relativism in regard of human values = absolutism in regard of the value and functions of the state." Murray points out, however, that the "new Leviathan" would not appear as "the Hobbesian model." Instead, "the outwardly humble garments that it would wear — the forms of political democracy," would make it all the more easily ascendant in power, provided sufficient small-mindedness on the part of its citizens. The citizens needed to bolster such a Leviathan are citizens like Pilate, willing to wash their hands of politics and get back to their own little worlds of either groupthink or individual libertinism.

A good employment of the political forms of democracy can be undermined by abuses of those forms. Individuals and their communities ought to have, as Pope Benedict XVI put it in Caritas in Veritate, a relationship of “reciprocity” that reflects the principle of subsidiarity. This arrangement excludes both extremes of “every man for himself” and the insidious coercive “communitarianism” that annihilates each person’s dignity for the sake of all. Again, “each” and “all” are bound by a transcendent moral order that is not superficially imposed on reality, but rather is the reality within which we must operate. As Murray puts it, "I take it that the political substance of democracy consists in the admission of an order of rights antecedent to the state, the political form of society. These are the rights of the person, the family, the church, the associations men form for economic, cultural, social, and religious ends." This "prior order of rights — inviolable as well by democratic majorities as by absolute monarchs" is "an order of justice" which the both society and the state must serve, not dictate. If the forms of democracy are ordered within and conformed to a natural law metaphysics, then the state's guarantee of the above rights would be thought to be in conformity with a real and inviolable "order of justice." Thus the state's power is relative and to be affirmed insofar as it "serves" the ends of justice and of the human person. But "it is precisely this service-character of the state, its relative value, that tends to be undermined by the theories of the new rationalism…"

Without any adherence to a transcendent metaphysics, the new rationalism results in "instrumental theories of education, law, and government." While the state supposedly exists to serve the ever-evolving "wants" of society, the "inevitable temptation is to hasten the process of evolution by use of the resources of government." Murray continues, "The temptation is enhanced by the circumstance of the contemporary welfare state in the midst of an urbanized and industrialized mass civilization." In this setting, “‘socially desirable objectives’ are no longer ‘received’ from society itself (as in the theory they should be); rather they are conceived in committee and imposed on society." Thus the State "tends to lose its character of servant, and assume that of master."

Today, the state is engaged in an unprecedented overreach, showing itself completely unconcerned with natural law and imposing its own law in the place of the transcendent. The Church is being punished for its adherence to right morality, and relatively few Americans will speak against this injustice. As the Church stands bloodied in the public square, are you worried about the “individualism” of the few who cry out against the state? I’m more worried about those who join the “community” and cry out for Barabbas.