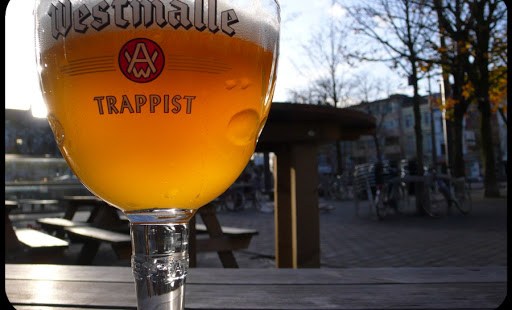 Businessman identifies the power of a prayerful life.

A spiritual focus on generous service and community is the key to success for the Trappist monks, not only in their business ventures but in all of their pursuits, said a businessman closely acquainted with the order.

Trappist monks build a culture of “service and selflessness” in their monasteries, which explains “why the monks are so successful not just in their business practices but in everything that they do,” said August Turak at a recent address to young professionals at the Catholic Information Center in Washington, D.C.

“There's no such thing for the monks as balancing your personal life and your spiritual life: it's all one,” he explained.

Turak is a businessman who has worked for MTV, software companies, and various other corporations. He is also successful writer, contributing to the Wall Street Journal, New York Times, and Forbes.com, among other publications, as well as winning the Templeton Foundation’s Power of Purpose essay contest.

He has also been a frequent visitor at Mepkin Abbey in South Carolina for more than 17 years, and credits his time living and working at the abbey for much of his professional success.

The Order of Cistercians of the Strict Observance, commonly known as Trappists, is a branch of Cistercian monks who follow the Rule of St. Benedict strictly. Located throughout the world, monasteries typically support themselves by producing and selling products including bread, chocolate and cheese, as well as coffins and other items. Trappist beer is particularly famous and admired by connoisseurs across the globe.

Turak explained that the core of the monastery life focuses both on an intense prayer life and a focused work life. “For a Trappist monk, prayer and work are indistinguishable,” he said, pointing to the monastic motto of “ora et labora”- a command to pray and work.

“They're always praying; they're always working,” he continued, and the two practices are very much related. “Prayer is work – it's hard work to pray” and “work is prayer.”

This focus teaches the monks not “to make success happen but how to let success happen” by cultivating an atmosphere centered on service and selflessness that transforms the person.

Within the “self-supporting” monasteries, the monks focus not only on how to “make their daily bread” and support themselves through production and trade, but also on creating a community.

“The monastery is built on community,” Turak said, explaining that communal encouragement and teamwork within monastery walls “buoys everyone up” and creates a culture of virtue and work.

“Everything is about putting someone else first,” he added, and this culture is very much attuned to quality that springs from service.

“The monks are unbelievably famous for the quality of their stuff,” he noted, pointing to world-renowned Trappist beers, breads, and other products. This quality arises, he said, because the monks are “fanatically focused on serving.”

This focus carries over to quality in the secular world as well, he continued, suggesting that the best businesses are focused on serving the customers' needs rather than on profit, promotion or advancement for their own sake.

This dedication to radical service, rooted in a prayer life, is transformative. Both the human person and his work will thrive through the cultivation of passion, Turak explained, because people have a desire to be part of something bigger than themselves.

“What you really need is a mission,” he stressed, commenting that the Trappists’ mission of selfless service to God and others is what makes them so inspirational.

However, this transformation and resultant passion and excellence is hard work. “It's easy to say, it's really hard to do. The monks spend their whole lives working toward it.”

The continued practice of striving toward one's mission, Turak said, emphasizes teachings from ancient Greek philosophers that “we are what we repeatedly do” and that “excellence is not a choice, it's a habit.”

For the Trappists, he said, the habit of excellence ties both work and spiritual success together.

“The monks are not successful despite the fact that they have the highest ethical standards but because they do.”