One Victim of Trafficking Is Too Many, Cardinal Emphasizes 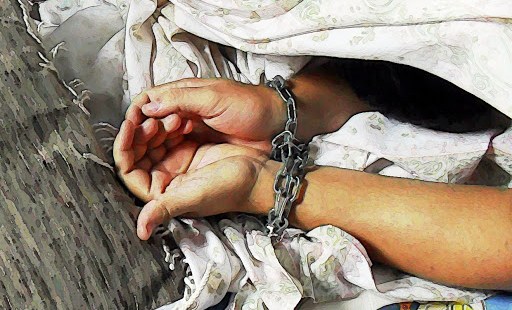 Following a Vatican conference on human trafficking, Cardinal Vincent Nichols lamented the millions of victims and spoke of initiatives that provide an opportunity for them to come forward.

In an April 10 interview with CNA, the cardinal said that although it is difficult to give an exact number of how many have suffered at the hands of modern slavery, “one is too many.”

Cardinal Nichols of Westminster participated in the April 9-10 conference, which gathered both ecclesiastical and civil authorities from more than 20 nations to the Vatican in order to discuss the proper methods for combating human trafficking.

Referring to the speech of one of the four trafficking victims who gave their testimony during the meeting, Cardinal Nichols noted that “one of the most poignant things” she said was, “I am now free, but millions are not.”

“And it was her capacity in having made a painful, painful journey…her capacity to have empathy with those who are still in the darkness of slavery. That touched me very deeply.”

The cardinal also spoke of some of the various efforts that are being made in order to assist victims, giving special notice to religious communities. This is because in places such as London “where somebody has been rescued and they wanted to go back to another country,” it has been possible for religious sisters “to simply lift up the phone and talk to a convent of theirs in that other country.”

Afterwards, the sisters in the other convent “would then drive four hundred miles to then meet this other person and keep them safe,” he explained, observing that “there are the immediate links and the immediate networks religious congregations offer which nobody else does.”

On a new effort which he is hoping to begin in London – called the Bakhita project – Cardinal Nichols said he hopes the initiative will develop into “a kind of a hub of best practice.”

It would, he continued, “include giving people long term help, but also training in the skills needed for the help that is required. So we hope that it will be a center of excellence.”

Explaining the significance of the project’s name, the cardinal highlighted that it “will be called St. Bakhita house because St. Josephine Bakhita, who was herself a slave and was rescued and then spent fifty years in a life of prayer and generosity – she’s our patron Saint.”

Also present at the for the conference was commissioner of the Metropolitan Police in London, Sir Bernard Hogan-Howe, who spoke to CNA April 10 on the importance of the collaboration between the Church and civil society in finding solutions to the situation of trafficking.

Their collaboration so far is “working really well” he said, stressing that “you have to have partnerships.”

“We can talk to the victims as witnesses, but charities and the Church can help find them accommodations, give them counseling.”

Describing how 99 percent of persons rescued from trafficking “want to go home and can’t,” Hogan-Howe said that “we enable that to happen…we help them through the court process. And charities and the Church help with all of that with health advice.”

“So it’s vitally important that the victim’s initial needs are to stop the violence. That’s where the police come in, and the prosecution,” he went on to say, highlighting that victims “have many other needs, and the charities help those needs.”

On why the issue has been gaining such widespread attention across the globe over the last few years, the commissioner explained that “I think people are beginning to realize what a big problem it is.”

“First of all, numerically, we’re talking about millions of people trapped in these awful circumstances. And secondly the cases are awful in themselves.”

“Each one is serious,” he observed, “so this is people who are seriously beaten up, sometimes they can be murdered, certainly sexual violence is quite frequent, they’re kept under control by use of drugs, and they can’t get away.”

The knowledge that these people “can’t contact their families, they don’t feel able to contact the enforcement agencies, so they’re trapped,” is something that “has gradually dawned for so many people.”

A key goal for everyone who participated in the Vatican’s conference, which is the second addressing the issue of human trafficking since 2012, and with another slated to occur in November, is to convince more victims to come forward, he noted.