Four thousand priests renew their vows in the heart of the Church.

We’re at the rock.

Over the bones in whom He started it all over 2000 years ago, is where this Triduum retreat begins.

Over four thousand priests process up the aisle, soon to renew their vows. Great silver vases filled with oil – of catechumens, infirm and holy chrism –  are escorted by deacons. 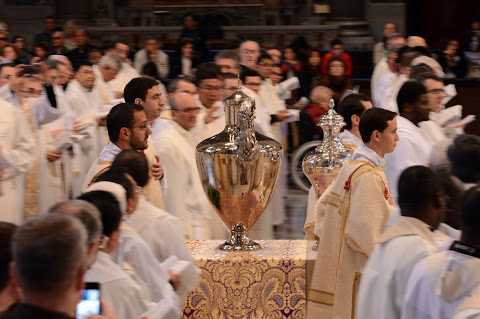 The altar is incensed by Francis, and the mass begins; a sea of faithful faces joined before Christ.

In the gospel Jesus unrolls the scroll of Isaiah…

The Spirit of the Lord is upon me,
because he has anointed me
to bring glad tidings to the poor.
He has sent me to proclaim liberty to captives
and recovery of sight to the blind,
to let the oppressed go free,
and to proclaim a year acceptable to the Lord.

He tells them in the Synagogue: "Today this Scripture passage is fulfilled in your hearing." 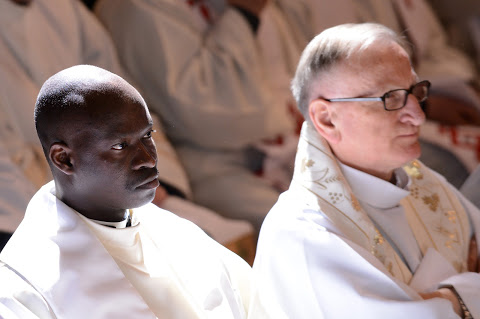 "In the eternal ‘today’ of Holy Thursday, when Christ showed his love for us to the end" says Pope Francis in his homily "we recall the happy day of the institution of the priesthood, as well as the day of our own priestly ordination." He tells how Christ anointed them with "oil of gladness" which calls them to accept and appreciate such a gift: "the joy of being a priest."

It’s a "priceless treasure" he exclaims. "Not only for the priest himself but for the entire faithful people of God: that faithful people from which he is called to be anointed and which he, in turn, is sent to anoint."

This priestly joy which anoints is "imperishable", "missionary" and "guarded", he says. "One guarded by the flock but also guarded by three sisters who surround it, tend it and defend it: sister poverty, sister fidelity and sister obedience."

He prays for the zeal of all priests, young and old.

Then priestly vows are renewed and the oils are blessed.

One "I am" is professed by hundreds and thousands of voices in unison throughout the world, breathing new life into the Church. 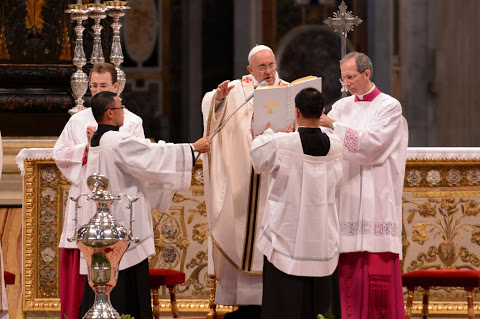 The consecration arrives. 4,000 priests lift their hands as one. 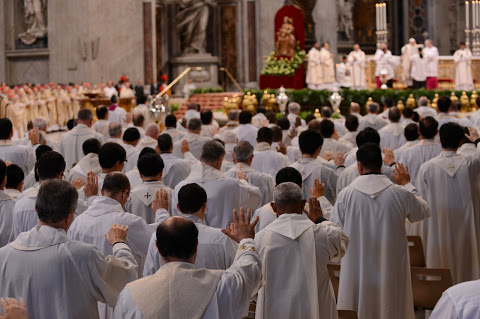 The mystery is entered. Christ is here in the flesh. 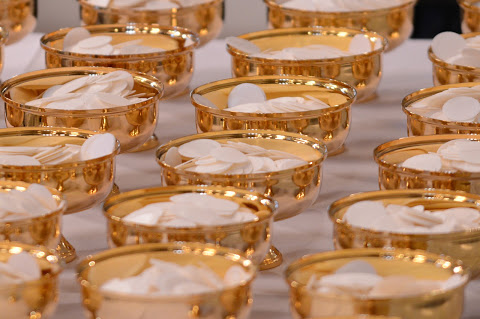 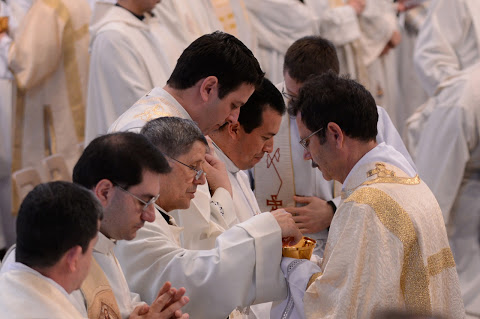