The Redistribution of Wealth Is Justice Not Charity 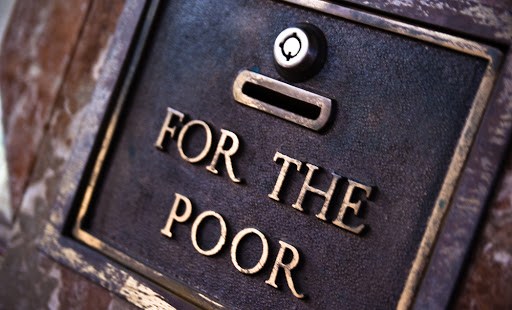 Justice by itself is not love, though. And love, not mere justice, is our goal. A look at wealth and its obligations.

This is part five of a six part series on economics and Catholic social teaching.​ (Part 1, Part 2, Part 3, Part 4)

Justice is not charity—it is a prerequisite to charity and must come first before charity is even a moral possibility. Pope Emeritus Benedict XVI explained the distinction well:

“Charity goes beyond justice, because to love is to give, to offer what is ‘mine’ to the other…I cannot ‘give’ what is mine to the other, without first giving him what pertains to him in justice. If we love others with charity, then first of all we are just towards them. Not only is justice not extraneous to charity, not only is it not an alternative or parallel path to charity: justice is inseparable from charity, and intrinsic to it. Justice is the primary way of charity…‘the minimum measure’ of it.” (
Caritas in Veritate, 6)

These words are echoed in the Catechism: “When we attend to the needs of those in want, we give them what is theirs, not ours. More than performing works of mercy, we are paying a debt of justice.” (CCC, 2446) Therefore, to voluntarily surrender one’s legally acquired goods is not necessarily a charitable act. It may well be a simple act of justice, perhaps long overdue.

This concept is as old as Christ, who, upon seeing an old widow place two copper coins in the offering, said of her: “All these have of their abundance cast into the offerings of God: but she of her want, hath cast in all the living that she had.” (Luke 21:4) Many fulfilled the requirements of justice, offering of their abundance to the Lord; the widow, however, gave all that she had, and so her offering alone qualified as charity.

It is frequently flouted in the political world that this or that party, candidate, church, or group, is most “charitable.” And no one will deny that many of these groups donate great sums to worthy causes. But how many of them, like the widow, give “of their want”? Even when a political candidate donates half of his millionaire income to a particular “charity,” what of his want has he given? Absolutely nothing, in most cases—and if we factor in the tax cuts and the political clout he gained from the act, it could likely be said that his wealth increased from this sort of pseudo-charity.

Now it is important to acknowledge that what we have just said is not meant to humiliate those who donate wealth—for their actions are the actions of justice, and justice is commendable in itself, whenever and wherever it is fulfilled. The point is merely this: that justice is not charity. Therefore, while we must not devalue anyone’s justice, we must work to return the word charity to its proper place, for it belongs on a high throne indeed, and few climb to that celestial seat!

Few indeed. There is a reason that all Christian tradition has looked upon wealth as, if not a stark barrier to charity, at least a burden on the path to attaining it. When Christ said that the Kingdom of Heaven posed a serious difficulty to the rich, he was simply acknowledging that the wealthy—by the weighty load of abundance they carry—must go to far greater lengths to scrape the surface of charity, whereas the poor need only cast forth two copper coins.

The distinction between justice and charity, once lost, confuses everything. For example, most people know that acts of charity are spiritual matters, and are therefore not appropriately enforced through secular legislation. (Although a non-secular social authority, such as the Church, could, and in the Middle Ages did, socialize charity.) Charity, then, has little place in secular law.

Justice is a different story: human law has every business enforcing justice to the best of its ability. Justice does not have to be left to work itself out in the heart of each individual.