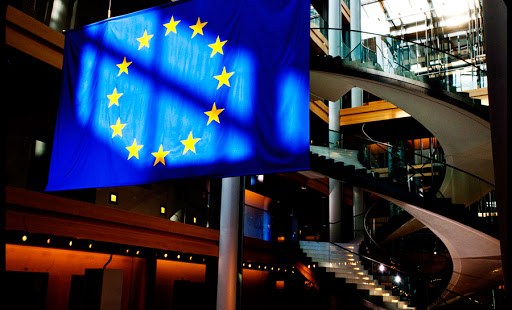 This week the 28 European Union  nations will elect a new European Parliament with up to 380 million voters choosing 751 deputies to represent them.

In a statement issued in the run-up to the elections, the Catholic Bishops of Europe reaffirmed their support for the European project and urged all EU citizens to cast their ballot. But what is at stake in this huge electoral process and why are opinion polls predicting that barely 40 percent of EU citizens will bother to vote?

Father Patrick Daly, Secretary- General of the Commission of the Bishops’ Conferences of the European Community (COMECE) described the elections as a “vital moment” in the exercise of democratic ownership and democratic control over “those who govern in our name.”

He said the elections are also important because “there are a “number of crucial issues that can only be solved at a European level.”

Among those issues, he cited the “increasing levels of poverty” among EU citizens and the “alarmingly high levels” of youth unemployment.

Asked why there appears to be a disconnect between the European Union and the citizens of the 28 member nations amid widespread apathy about these elections, Father Daly said he believes this is because the European project is now in its third generation” and people in the continent now take its benefits for granted.

“Most EU citizens…. have little appreciation of the historical imperatives at its foundation” or of “how essential the EU is to their wellbeing and to the overall peace and stability of Europe," he said.

Father Daly also paid tribute to the “foundational values” of the European Union, saying they were largely based on the Catholic Church’s social teaching and said it’s worth highlighting once again this key contribution.

The European Union’s only popularly elected institution, the European Parliament shares power over the EU budget and legislation with the Council of the European Union, which directly represents the governments of the bloc’s 28 member states. The parliament has to approve EU-wide legislation on issues including the internal market, environment, transport, agriculture, consumer protection and civil liberties.

It also exercises oversight over how EU institutions spend taxpayers’ money. But it cannot levy taxes or legislate in certain areas and, in practice, member governments of the EU play a much greater role in areas like foreign policy, security and defense, health, education and social policy.

This weekend’s election marks the first time where, under the 2009 Lisbon Treaty, European voters’ choices are supposed to be taken into account when the president of the EU’s executive arm, the European Commission, is chosen. How that will work in practice remains to be seen.

But even if member states try to impose a candidate, he or she must be ratified by a majority of the parliament.

Voting begins Thursday in Britain and the Netherlands. On Friday it’s Ireland’s turn. Latvia, Malta and Slovakia vote on Saturday, while people in the Czech Republic may cast ballots Friday or Saturday. Sunday is election day in the rest of the EU, with results from all countries being made public after the last polling stations close in Italy at 11 p.m. (2100 GMT).

There have been 766 members of the European Parliament (also known as MEPs) since Croatia joined the European Union in July. The number of seats in the parliament, which is based in Brussels and the French city of Strasbourg, has been limited in the future to 751. Seats are allocated according to member states’ populations. Tiny states like Malta have six and Germany has the most — 96.