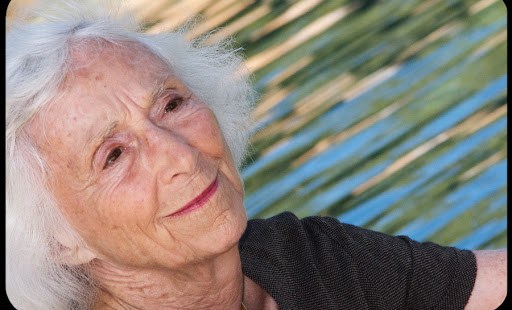 It may be called the “New Age Movement” but there is little new about it.

In 2012 Barbara Marx Hubbard was the keynote speaker at the national assembly of the Leadership of Catholic Women Religious in the United States. The LWCR is the largest organization of Catholic sisters — representing many different orders and over 57,000 nuns. Cardinal Gerhard Müller, prefect of the Congregation for the Doctrine of the Faith had some blunt words to say about the American sisters’ choice of speaker when he addressed the leadership on April 30.

Cardinal Müller voiced "increasing concern" about the LCWR’s promotion of the "concept of conscious evolution."

What is “conscious evolution”? Hubbard’s website describes it as "part of the trajectory of human evolution, the canvas of choice before us now as we recognize that we have come to possess the powers that we used to attribute to the gods." Through conscious evolution the individual is empowered to reach their full human potential. A website advertising Hubbard’s "ACE training" (which costs $497.00) encourages devotees to “activate Your Evolutionary Potential and Contribute Your Unique Gifts to a Global, Heart-Centered Movement That’s Co-Creating a Healthy, Sustainable, Peaceful and Prosperous World for All.”

Once we get past the vague-sounding hype, conscious evolution not only promises to help the individual reach their full spiritual potential, but to join in with a global movement that will help bring about a historic shift in human consciousness. The Shift Network is a conglomerate of various New Age philosophies, all with their particular founders, gurus, shamans, and healers. It has the usual New Age blend of Eastern religions, occult connections, and systems for raising consciousness — of which Hubbard’s “conscious evolution” is just one piece of a complex network.

The New Age Movement was defined and condemned by the Vatican in Jesus Christ the Bearer of the Water of Life. The syncretistic movement of contemporary spiritualities, earth magic, ecological one world philosophies, historic occult practices, new paganism, eco-feminism, angelology, and spiritualism is exposed and the faithful are warned against it. It may be called the “New Age Movement” but there is little new about it. Instead it is simply the old gnosticism dressed up in new language, fresh terminology, and often a disarming techno-coolness.

According to Cardinal Müller, the "fundamental theses of conscious evolution are opposed to Christian revelation and, when taken unreflectively, lead almost necessarily to fundamental errors regarding the omnipotence of God, the incarnation of Christ, the reality of original sin, the necessity of salvation and the definitive nature of the salvific action of Christ in the paschal mystery."

Speaking quite strongly, the cardinal continues, "I do not think I overstate the point when I say that the futuristic ideas advanced by the proponents of Conscious Evolution are not actually new. The Gnostic tradition is filled with similar affirmations and we have seen again and again in the history of the Church the tragic results of partaking of this bitter fruit.”

Cardinal Müller rightly identifies conscious evolution as gnosticism. Gnosticism was a similarly vague collection of religious ideas, occult practices, arcane beliefs, and secret societies that existed in the early centuries of the church. In various ways the gnostics initiated neophytes into exclusive societies offering levels of specialized knowledge that would help them ascend to a higher form of consciousness, a more exalted state of being or a state of divine awareness.

Like ancient gnosticism, conscious evolution does not accomplish much but sell gullible people a vague spirituality and the promise of a kind of self-created, ephemeral bliss founded on not much more than uplifting theories, meditative exercises and wishful thinking. It is miles away from the practical, hard working and gritty reality of true Christianity.

So Cardinal Müller concludes, “Conscious evolution does not offer anything which will nourish religious life as a privileged and prophetic witness rooted in Christ revealing divine love to a wounded world," he said. "The Gospel does! Selfless service to the poor and marginalized in the name of Jesus Christ does!"