Cooking for the Pope 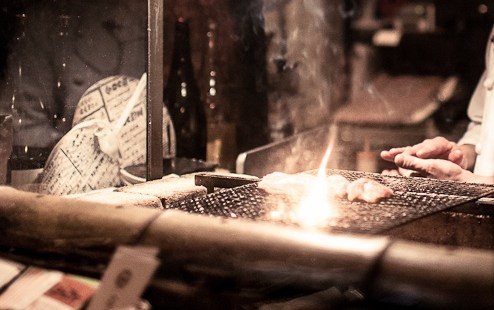 Meet the chef and see what’s on the menu for Francis in Bethlehem.

Local Christian in Bethlehem talks to Aleteia about cooking for Pope Francis.

"I and my staff are very excited, we knew only three weeks ago that we were going to prepare this lunch,” says 33-year-old Arabic Catholic Elias “But we are ready and we will be very professional because the pope has never tried our food. We will begin Saturday to prepare dishes for Sunday”.

Elias is the head chef at the dinner that Pope Francis will have with the poor Christian families in Bethlehem during his visit to the Holy Land. He is a lover of Italian food, but his particular expertise lies in oriental foods.

Love in every detail

"There will be 7 us cooking for 70 people” he continued. “The Pope wants a simple menu and we will do what we asked, putting all of our love into the preparation. Everything will be thought of carefully, down to the last detail, so we can create a mix between our local cuisine and a gourmet style.”

What’s on the menu?

The menu will be respecting the Palestinian tradition: "For first course we will make a salad of peasant figs, rocket and other fresh vegetables in season. Then there will be various hot and cold appetizers” he said. "The second course will be tenderloin beef on the grill. And finally we will prepare typical Palestinian homemade desserts, such as Baklawa, as well as a good pistachio ice cream that we produce with Italian ingredients.”

Elias is a great admirer of Pope Francis: "I ​​follow everything he says, every day. He is the first witness of Christianity and I’m sure as he arrives in this country he will be really aware of the suffering of our people.”

When asked what he would say if he could exchange words with the Holy Father, Elias replied: "I would ask him to help the local Christians, to do something to alleviate the suffering of everyone."