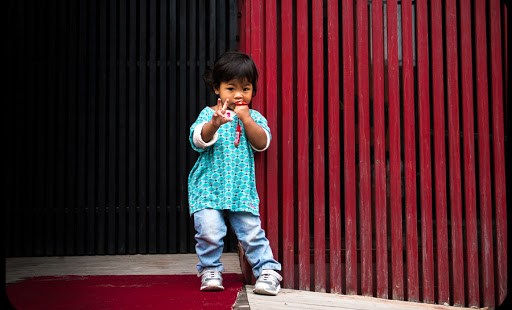 It wasn’t so long ago that the ideal Chinese family was large, consisting of multiple generations, and sometimes multiple families, living together. In fact, author Lao She entitled his bestselling novel about life in Beijing under Japanese rule, Four Generations Under One Roof.

But that was before the one-child policy decimated Chinese families, discouraging the young from marrying and having children, aborting and sterilizing hundreds of millions of expectant mothers, and leaving the elderly bereft of the children and grandchildren who would have loved and supported them in old age.

The upheaval caused by the Party-State’s intervention into the private lives of its citizens is reflected in a new report China’s National Health and Family Planning Commission (NHFPC), the bureau charged with enforcing the one-child policy. Not surprisingly, the report shows that family size is shrinking rapidly, from 5.3 people at the time of the Communist revolution, to only around three today.

The primary driver of this decline is, of course, the one-child policy, which allows urban couples only one child and rural couples two. This trend has been accelerated as the young flee to the cities in search of economic opportunity, leaving villages peopled by the very old and the very young.

There are now tens of millions of unmarried young workers living in and around the cities, along with large numbers of couples who have delayed having children or decided to remain childless. Then there is China’s huge and growing population of elderly, living alone as singletons or as couples.

Although the report, written by the population control enforcers themselves, doesn’t blame these trends on the Party-State’s policies, they are clearly to blame in every case. Take the tens of millions of unmarried young workers, for instance, who range in age from their mid-teens to their late twenties.

The report blames the young for delaying marriage to pursue career goals, save up for down payments on cars or houses, fulfill lifestyle choices, or wait to find the right mate. It somehow fails to emphasize the primary reason why young people are waiting: Early marriage is against the law. The rules state that men can’t marry until they are in their mid-to-late twenties, while women can’t marry until they reach the age of 23 to 25.

And don’t forget that, because of the selective abortion and infanticide of tens of millions of girls, there are an equal number of young men who will never marry. The girls they would have married have been killed.

The constant barrage of anti-people propaganda has also had an anti-natal effect. When they are finally allowed to marry, many young couples choose to delay having their only child, or decide to opt-out of the child raising business altogether. The number of married couples with children has, according to the report, declined “significantly”, while the number of dingke families, (a Chinese transliteration of DINK, or which stands for families with “dual income, no kids”), has been on the rise.

Finally, there is the rapid and ongoing aging of the Chinese population, which is again a direct consequence of the Party-States policies of restricting the number of babies born. True to form, the report talks at length about the fact that millions of young Chinese now work in cities far from home, or choose to live in their own apartments rather than with their parents. It blames the epidemic of loneliness among the elderly on the selfish young, castigating them for not taking the time to visit their elderly parents.

But wait a minute. When you only allow couples to have one, or at most two, children, you are going to have a problem with elder neglect. A certain amount is simply baked into the policy,