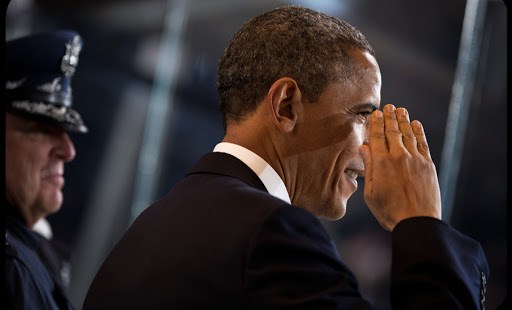 What if liberals ran the Army?

Dr. Strangelove is one of the funniest films ever made. Produced in 1964 at the height of the Cold War, the story concerns a rogue right-wing Air Force general who orders a nuclear attack on the Soviet Union and the frantic efforts by the president and his advisers to recall the bombers before it’s too late.

Convinced that the fluoridation of the water supply is a “commie” plot to sap “our precious bodily fluids,” the cigar-chewing General Jack D. Ripper (masterfully played by Sterling Hayden) became the template for a long line of Hollywood generals who, because of their paranoid view of the world, posed a threat to peace and security. The message of Strangelove and a dozen other military thrillers is that war is too important to be left in the hands of gung-ho conservatives.

But times change, and the Army has changed with the times. It’s not your father’s (or grandfather’s) army any more. It’s more like your Marxist, transgendered kid sister’s army. Well, that might be an exaggeration. There are still plenty of unconfused, level-headed, patriotic, and highly competent soldiers in the military. But there does seem to be a problem at the top, and it doesn’t have anything to do with square-jawed, commie-hunting maverick generals. Consequently, it may be time for Hollywood to come up with a new angle on the old story of conspiracy-obsessed officers with itchy trigger fingers.

Here’s an idea. What if, instead of a rogue right-wing general, it was liberal PC types that endangered national security? In short, what if liberals ran the Army?

It’s not really a hypothetical question. They already do. Let’s start with the Commander-in-Chief. Is he liberal? Is he radically cutting back on troop levels and defense spending? Does he look upon the military as our first line of defense or as the proving ground for every daffy social experiment that left-liberals can devise? (These are rhetorical questions and there is no penalty for incorrect answers — except maybe life in prison.)

In Dr. Strangelove, much is made of our supposedly insane Cold War policies. But has no one noticed that there’s something more than a little odd with current policies? Take the “Taliban trade” that’s currently in the spotlight. The president swapped five high-ranking Taliban commanders for one low-ranking sergeant of questionable patriotism. That’s like trading Reich Marshal Goering, Field Marshal Rommel, and Admiral Doenitz (supposing we had captured them) for the cook from Charley Company who got drunk one night, wandered over enemy lines, and fell into the hands of the Germans.

Even if the Bergdahl affair were an isolated incident, it would still have “rogue action” written all over it. The president doesn’t seem to have any more patience for advice and consent than General Ripper did. Unfortunately, the swap is only one in a long line of military misadventures that, were they in a movie, could only be treated as tragedy or high satire.

Here are some examples:

The largest leak of classified intelligence in history (WikiLeaks) was traced to a cross-dressing, twenty-two-year old private in Army intelligence. At his court martial, Private Bradley Manning’s attorneys argued that the court should be lenient on the grounds that their client suffered from “gender identity confusion.” Private Manning, who prefers to be called “Chelsea,” is now in Fort Leavenworth Prison, awaiting sex reassignment therapy. In compliance with his wishes, most news outlets now dutifully refer to “Miss” Manning as Chelsea or Chelsea Elizabeth. This, however, is probably not a blanket change in editorial policy. If George W. Bush were to reassign himself as a Democrat and ask to be called Franklin Delano Bush, it is unlikely that the media would comply so readily.