Do You Suffer From This Theological Disease? 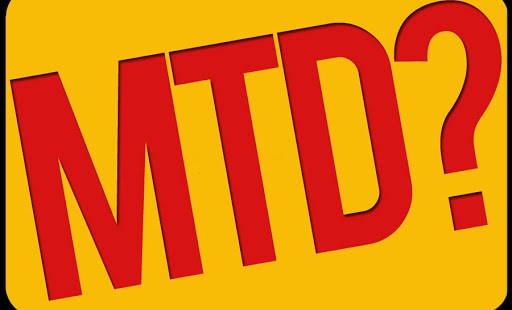 Why the Catholic faith is shutting down in so much of Europe and North America.

Whenever some sort of new disease is discovered it’s not long before it’s known by an acronym abbreviation. Among the long list we find that “AAA” is not the American Automobile Association. It’s an Abdominal Aortic Aneurism while "BBS" is Bashful Bladder Syndrome and "ARND" is Alcohol Related Neurological Disorder.

I’ve got a new one, but this is a theological disease. It’s called "MTD" — Moralistic Therapeutic Deism. Like many diseases, this one can lie dormant for a long time. The symptoms can be difficult to diagnose and you can be ignorant of its existence and unaware of the symptoms long before they become apparent. Furthermore, like many diseases, once it is discovered it may be too late and the patient may perish.

"MTD" or Moralistic Therapeutic Deism can be explained by analyzing the terms from the last to the first. Deism is the belief in the “watchmaker God.” For the Deist, God is up there on the other side of the clouds. He got everything started like a watchmaker and then just lets everything in creation wind down. The Deist God started things off, but he’s not actively involved in the world today. No sense praying to the God of the Deist because hearing and answering prayers is not really something he does.

For the Deist God is a dozing deity. He’s disengaged. He doesn’t do miracles. He doesn’t answer prayers. He does not have “a perfect plan for your life.” He doesn’t appear in revelations or dreams. He sits on his throne like an old and rather lazy monarch just letting things take their course.

Deists then draw the next conclusion. They behave as if God does not exist. Oh yes, he may exist in a philosophical argument, but they have no need of him in their daily life. Life then becomes a humanistic endeavor in which the person, in their own strength, does the best they can.

This brings us to the second term: “Therapeutic.” If God is up there, but doesn’t do anything, then the religion ceases to be about an interaction with Almighty God and starts to become no more than a helpful human enterprise. For followers of this disengaged God, religion is a way to help people become free of addictions, full of self-confidence, positive in their outlook and useful in their service to the world.

The person who suffers from "MTD" regards religion as a form of self-help. It is no more than a useful therapy. Prayer, meditation, confession and worship are seen as useful tools to help people cope with tragedy, deal with trauma, and improve their relationships and self esteem. Certainly it is good for religion to be therapeutic, but that is not religion’s main objective.

The third "MTD" term is “Moralistic.” In other words, the Deist who has changed religion into therapy also turns religion into an exercise in morality. Religion becomes an effort to be good enough. Instead of being a relationship with the living God, the Deist sees religion as a method to be a good person and make the world a better place.

"MTD" is a disease that is hidden because it mimics true religion. People who are truly transformed by the power of the Holy Spirit will become good people who work hard to make the world a better place. Saints who are truly empowered by God will be transformed as if by some wonderful form of therapy. It is easy for a person see those who are living by faith and believe that if they do good works and try to become a better person that they are being religious. But they would be suffering from "MTD."

"MTD" is deadly because it eventually kills off true religion. Because "MTD" mimics true religion people think it is true religion, but then they draw the obvious conclusion: if religion is only about therapy and making the world a better place, then why do you need God? If the Deist God is sitting on the other side of a cloud doing nothing then why bother going to church to worship him?

The reason why the Catholic faith is shutting down in so much of Europe and North America is because millions of Catholics are infected with "MTD." They have had no direct experience of the living God in their lives and believe he is an old grandfather who resides in heaven never being involved in this world. They have assumed that religion is no more than just another self help method and that being a Christian simply means being a nice person. Then have then drawn the conclusion that they can be a good person and make the world a better place without sacraments, canon law, liturgy, prayer, devotions, and the discipline of going to church.

The antidote to the deadly disease "MTD" is a real encounter with the living Lord Jesus Christ. The Catholic religion is not primarily a method of self-help or a way to make the world a better place. At the heart of the Catholic faith is a profound experience of individuals realizing they need the power of God in their lives and accessing and accepting that power through repentance and a sacramental faith in Christ the Lord.

This is the transformative transaction at the heart of religion. You could call this “Living Interactive Faith Encounter" — and the acronym for that is LIFE!