Elvis Duran and the Mystery of Talking 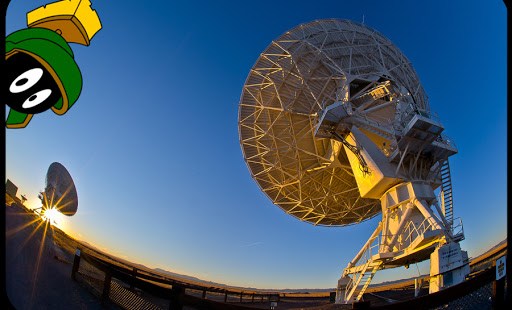 No matter what we do, there’s one thing that never seems to stop.

The discovery, I must admit, was accidental. With an hour and a half commute through three states, a broken CD player, and an old car with no USB connection, I had to get creative: I had to dive into the lost worlds of FM and AM.

At first, I was on a mission to find good music: there was the indie treasure trove of WFUV out of Fordham University (save), the guilty pleasures on Z100 (reluctantly saved), and Get the Led Out on Q104.3 (double save).

But as time went on, I got what we humans always get…I got bored.

So I dug deeper. And before long, I found myself listening to the talkers more than the spinners. I listened to Bethany and Greg T joke about pop culture on Elvis Duran and the Morning Show; to Mike Francesa banter with callers about baseball greats; to the news, traffic, and weather on 1010 WINS; to random reports about art history or agriculture on NPR.

Then, the thought hit me like a ton of bricks: we are talkers. All Elvis does (to his credit) is talk. All Mike Francesa does is talk, talk, talk. It’s what I’m doing now as I’m writing this and what you’re doing as you’re reading this. It’s what you’ll hear when you shut your laptop angrily (“get the point already!”) and flip on the TV. It’s what we do when we read ingredients, gripe about a coworker, or think about what we need to do tomorrow. Talking, talking, and more talking.

Even the least talky thing on the radio – music – is loaded with lyrics (i.e., drawn out talking). In other contexts, smells and sights blend with the words we hear, and talking remains as quotidian and unsurprising as a tree stump. But the medium of radio reveals something: it reveals that the edifice of language is a world slumped onto the vast silence of nature by man. If we weren’t here, the earth wouldn’t speak about itself.

In his book The Message in the Bottle, the existential novelist Walker Percy (best known for The Moviegoer, which landed at #9 on BuzzFeed’s list of 65 books you need to read in your 20s) honed in on this phenomenon of language. Percy was convinced that the attempts of scientists to show that chimps like Nim Chimpsky are talkers in the same way that we’re talkers is a bad case of protesting too much. We use the magic of words to deny our uniqueness…proving our uniqueness.

The only way to really see talking, Percy suggested, was to imagine a Martian coming to earth and observing our species for the first time:

“Imagine how it must appear to a Martian making his first visit to earth,” Percy wrote. “Let us suppose that he too is an intelligent being, whose intelligence has, however, evolved without the mediation of language but rather, say, through the development of ESP…What is the first thing he notices about earthlings? That they are forever making mouthy little sounds, clicks, hisses, howls, hoots, explosions, squeaks, some of which name things in the world and are uttered in short sequences that say something about these things and events in the world. This behavior seems a good deal stranger to the Martian than it does to us. This is the case because language is the very mirror by which we see and know the world and it is very difficult to see the mirror itself, to see how curiously wrought it is…