Pope Francis to be Subject of New Film 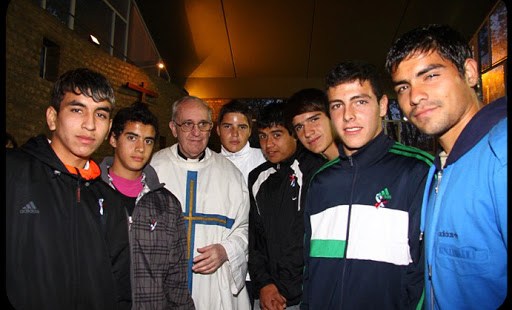 It was only a matter of time, right? A dramatization of the life of Pope Francis.

Italian director Daniele Luchetti, known for telling complex on-screen love stories, said had become fascinated by the Pope’s openness on various issues. He would start filming the first film about Pope Francis in Argentina in October, Italian radio has reported.

Luchetti told Italy’s RAI2 public radio he wants to focus on Jorge Bergoglio’s pre-papal years, He said he also plans to make a television series about the Pope.

Luchetti was born in 1960 in Rome. He and his wife, actress Stefania Montorsi, have one son.The director is most famous for his film My Brother is an Only Child, a story of two working class brothers growing up in the 1960s that was shown at the 2007 Cannes film festival.