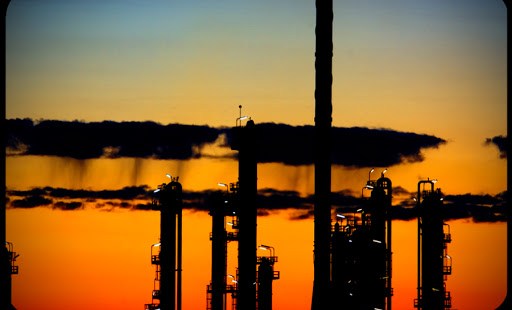 The Religious Left, despite its professed concerns for the poor, often does not like technologies that vastly improve the poor’s economic plight and standard of living. When choosing between an abstract defense of nature, or lifting millions out of poverty, they will typically side with Mother Earth, or least their understanding of Her best interests.

Actually, the World Council of Churches doesn’t currently have any current fossil fuel investments in its modest portfolio. But it still wants the world to know that sinister producers of carbon are a "no-go" area for the WCC, which hopes to influence its 345 member communions globally with its advocacy of climate justice.

And according to a WCC news release, their investment decision, ironically, has "brought energy" to the WCC’s Interfaith Summit on Climate Change in New York in September, synchronized with the United Nations Climate Summit.

“Care for creation and justice is at the center of the WCC’s work on climate change," enthused the WCC’s chief, who’s a Norwegian Lutheran clergy. “The use of fossil fuels must be significantly reduced and by not investing in those companies we want to show a direction we need to follow as a human family to address climate changes properly.”

Besides fossil fuels, the WCC also does not invest in weapons, nuclear energy, and genetically modified organisms. Having struggled with reduced finances for years as its main donors, declining liberal Protestant denominations in the West, continue to shrivel, the WCC’s total assets are less than 17 million Swiss Francs. So its investment choices are not likely to directly affect any industry very seriously. But the WCC hopes to have symbolic and spiritual influence.

And the WCC has been pushing its European church members to divest from fossil fuels as part of climate fear. Those spiritually eviscerated Protestant denominations are mostly communities of empty buildings on Sundays. But presumably some still have endowments bequeathed by an earlier, more spiritually robust era.

The WCC boasted that two denominations are already at least theoretically committed to divest from fossil fuel: the ultra-liberal and much shrunken United a Church of Christ in the U.S. and the equally comatose Church of Sweden. In further evidence if its spiritual inertia, WCC has also encouraged its churches to ring their bells for climate justice, which is apparently the only kind of gospel that many of these denominations have to offer any more.

Perhaps more significantly at least in terms of dollars, have been recent anti-fossil fuel divestment decisions by U.S. religious groups recently. The Unitarian Universalist Association has voted to sell off the less than three percent of its $175 million endowment tied to fossil fuels. And famously liberal Union Seminary in New York is divesting its $108 million portfolio of fossil fuel assets, reputedly the first seminary in the world to do so.

“The warning in Scripture that ‘the wages of sin is death’ could not be more literally true than it is in the case of fossil fuels,” explained Union Seminary president Serene Jones. “While we realize that our endowment alone will hardly cause the fossil fuel giants to miss even half a heartbeat, as a seminary dedicated to social justice we have a critical call to live out our values in the world. Climate change poses a catastrophic threat, and as stewards of God’s creation we simply must act.”

Jones and her seminary don’t attach a lot of urgency to orthodox Christian themes like salvation and atonement. So they invest a lot of drama and energy in alternative narratives that summon the church to leftist liberation struggles.

Maybe Jones’ idea of resurrection is Mother Earth recovering from the assaults against her integrity by avaricious drillers and frackers, whose burning fruit will inflame the planet into inescapably apocalyptic climate catastrophe. It is an alternative to the traditional Christian understanding of divine judgment.

Lest anyone not understand the cosmic stakes, the chair of a Union Seminary’s investment committee darkly intoned like an Old Testament prophet:  “Climate change is affecting this globe, it’s killing people, and it’s going to destroy what the world looks like as we know it." Jones of course agrees. "We have sinned, and we see this divestment as an act of repentance for Union." After all, "climate change poses a catastrophic threat."

The timing of the supposed climate catastrophe’s arrival is unclear, since global temperatures haven’t warmed in nearly 17 years. But the faith of the true believers remains strong. Less clear is how the Religious Left expects billions of people to survive much less thrive absent either fossil fuels or equally demonized nuclear energy.

Windmills and solar panels can’t even support the frenzied and often lavish travel and conferences of the Religious Left’s climate scare activism, such as the upcoming interfaith climate summit in New York, which Union Seminary, along with the WCC, will co-host. Concerned religious activists will be jetting in from all over the world, unselfconsciously burning thousands of gallons of fossil fuel.

Fossil fuels over the last century or so have miraculously transported billions of people from darkness and bare survival to an unprecedented era of prosperity, improved health and longevity, reliable lighting and heat, refrigeration, air conditioning and countless other incalculable improvements in living standards in nearly every land and culture. Millions more hope for more access to these improvements thanks to the promise of fossil fuels, amplified by new discoveries and technologies that make fossil fuels more abundant than ever before.

The grim Religious Left climate scolds seem more interested in divestment posturing than in plausible sustainable improvements in global living standards for average people who don’t live in the relatively well-to-do climate activists’ rarefied strata. This kind of catastrophe, when religious elites elevate ideological theories and nature over real people in need, isn’t climate related but is instead moral and spiritual.

Mark Tooley, President of the Institute on Religion & Democracy, is the author of Taking Back the United Methodist Church and Methodism And Politics in the Twentieth Century.