Pope to Visit Korea in August 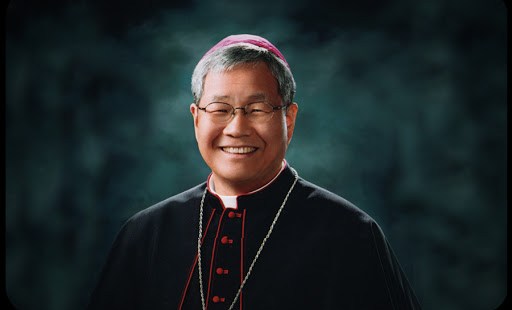 An interview with Bishop Lazzaro Yeung-Sik You of Daejeon

On August 14,  Pope Francis will touch down in the Far East. His final destination is South Korea. This official announcement was made by Fr. Federico Lombardi, who explained that the Pope in “accepting the invitation of the President of the Republic and the Korean Bishops”, will depart on 13 August and will remain in South Korea until 18 August for the sixth Asian Youth Day, which will take place in the diocese of Daejeon. What will the Pope find “at the ends of the earth”? We asked the person who will welcome the Pope the moment he touches down on Korean soil, and will accompany him for the whole of his visit:, Bishop Lazzaro Heung-sik You of Daejeon.

In a recent interview with L’Osservatore Romano you quoted a phrase used by Pope Francis in Evangelii Gaudium. You said: “One who announces the Gospel is not going to a funeral. He should have a joyous face.” With what “face” will you and the people of Korea welcome the Pope?

Personally, I like very much to laugh, and when I don’t laugh people who know me think I am very angry (laughing). And so, in order not to come across as angry, I am always laughing. The face of Christianity should be a smiling face. The majority of the Korean faithful love the Pope very much and the people are awaiting him with open arms. Recently, I gave an interview to journalists in Seul regarding the Asian Youth Day, and the journalists were asking me many questions about the Pope. I was moved, I was very pleased, because I hope and am convinced that the Catholic faithful will welcome the Pope with an open heart, and with smiling faces. And I can say that nearly all Koreans will follow every step of the Pope’s journey in Korea with great interest.

The Pope will go to Daejeon. A third of the Korean martyrs were born in this diocese, although the Catholic religion entered from China as a Western import.

My diocese has always been made up of people from the countryside. Therefore the people have always been simple. It should be said that Christianity entered the region of my diocese not so much as a teaching of the Church as it did as a witness of the daily lives of people who had converted. Simple people. We are talking about the end of the 18th century, when there was considerable division in society—different social classes, young people, old people, men and women.

And how did the divisions fall away?

Much of the division fell away by saying the Our Father together, and this brought about a true equality among the faithful. This witness was extremely revolutionary, and it brought about many conversions even during times of intense persecution, which lasted 100 years, until the end of the 19th century.

There are many stories of conversion and martyrdom in South Korea, which are often little known in the West. Can you tell us one of them? Which of them do you find most moving?

On the occasion of the large gathering with the Holy Father, several new blesseds will be proclaimed. They were children of our land who were killed between 1791 and 1888, during the Christian persecution. One of them, Won Sijang, who was baptized Peter, had a very strong character. He was rich. But when he received Baptism he became like a lamb, he changed radically, and through him 30 families converted. This bears witness to how Catholicism entered into my diocese, precisely as the witness of a life lived in accord with the Gospel. Whereas in Seoul it arrived as a teaching among intellectuals.

Do you think that the Korean “model of faith” can be an example for other groups who are somewhat “hostile,” like China and nearby North Korea?

I can’t say whether the same model of faith will be found in China. I would rather expect to find in the North Korea, because before the war and separation we had had the same experience of persecution, North and South together. Then there are many relatives who are divided by the two Koreas. I hope that one day this will lead many North Koreans to convert and to cooperate in the difficult process of reunification.