“We Need the Christian Presence in the Middle East” 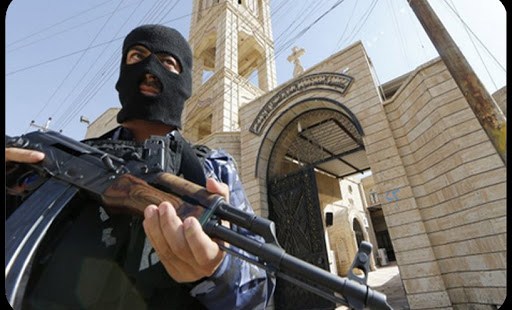 An Interview with Muslim Theologian Adnane Mokrani on ISIS.

“I wouldn’t call it a Caliphate but rather a terroristic group that represents a sectarian deviation.” This is how Muslim theologian Adnane Mokrani, an instructor at the Pontifical Institute of Arabic and Islamists Studies (PISAI), described the advance of ISIS Jihadists in Abu Bakr al-Baghdadi in Iraq and in Syria, which took place during the Muslim holy month of Ramadan.  According to the scholar, “the development of this terrorist group is even more mysterious and its history still has many unknown aspects”.

Regarding the barbaric persecutions of Iraqi Christians carried out by ISIS, Professor Mokrani holds that the presence of Christianity in Iraq and Syria has historical roots which are tied to its very origins. “The actions of this group—to drive out Christians, forcing them to change their religion or pay a tax—are not only contrary to human rights,” the scholar explained, but “they go against the principles and values of Islam.”

“Precisely for this reason,” Mokrani continued, “during Ramadan, many Muslims, both in Iraq and in other countries, expressed their solidarity with Christians in Mosul and throughout Iraq. The truth is that we need their presence in the Middle East”.

Mokrani then reflected on the need to intensify inter-religious dialogue as this Islamic terrorist group advances. “Islamic-Christian dialogue is a path along which we must continue always and which has no definitive point of arrival, especially in times of crisis.”

“The ISIS group,” the Muslim theologian concluded, “is not at all representative of Islam; indeed, it creates reasons and justification for Islamaphobia.  Muslims must work, and moreover they must eradicate it, because it represents a threat not only for Christians but most especially for Muslims. We must use every means possible to eliminate it”.

Interview conducted by
Fabio Colagrande.
Translated from the Italian by
Diane Montagna.