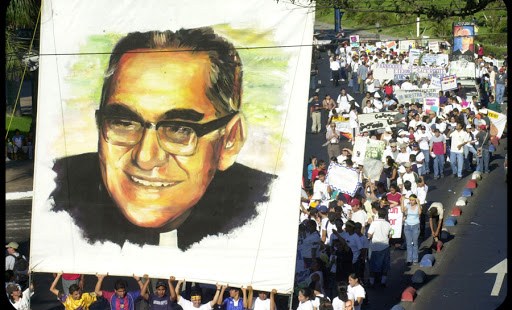 Misunderstanding the preferential option for the poor.

I first came across the witness of Archbishop Romero when I was asked to lead high school mission trips to El Salvador. I soon came to love the country with its friendly people, beautiful countryside and the passion for their Catholic faith. However, it was clear that Archbishop Oscar Romero was a polarizing figure.

Part of the mission trip for our American high school students was to gather at my home the week before departure to watch the film on Romero’s life starring Raul Julia. When we went to San Salvador—the capital of the country—we paid a visit to the tomb of Romero in the crypt of the cathedral and then visited the small convent chapel where he was murdered. His simple four room apartment on the premises is now a museum to his life and ministry.

Romero was an unlikely controversialist. Brought up in a poor family, he completed his education at seminary and went to Rome to study. Eventually he moved up in the hierarchy in San Salvador, being seminary rector, editor of the archdiocesan newspaper and then auxiliary bishop of San Salvador, bishop of Santiago de Maria diocese and finally Archbishop.

His appointment as Archbishop was greeted with dismay by liberation theologians because Romero was well known as a conservative. He was Rome’s man and no friend of the Marxist inspired theology spreading across central and South America. Too often the church had been seen to be complicit with the right wing dictatorships—remaining silent in the face of oppression of the poor and seeming to be in the pocket of the few powerful families who controlled El Salvador.

If he was not seen as being part of the ruling elite, Romero was considered to be a safe pair of hands who would not challenge the status quo. This changed when a personal friend Fr. Rutilio Grande was assassinated. Romero said later, “When I looked at Rutilio lying there dead I thought, ‘If they have killed him for doing what he did, then I too have to walk the same path.’”

In 1979 the Revolutionary Junta took power in a military overthrow of the government. Right wing in its ambitions, it was supported by the United States. The country was plunged into a horrible civil war with atrocities on both sides. Archbishop Romero protested the military government’s crackdown, wrote to President Carter pleading with him to stop U.S. support of the junta, and in March 1980 he was gunned down while celebrating Mass.

The church always has a preferential option for the poor, but her objection to liberation theology is that it filters the gospel of Jesus Christ through an exclusively Marxist lens. The saving gospel of the Lord is reduced to the class struggle and helping the poor and fomenting social change replaces the saving message of Jesus Christ and his church. In other words, liberation theology replaces the eternal message of salvation with an ideology that seeks only to make this world a better place.