Chanting “15 and a Union,” Fast-Food Workers Take to the Streets 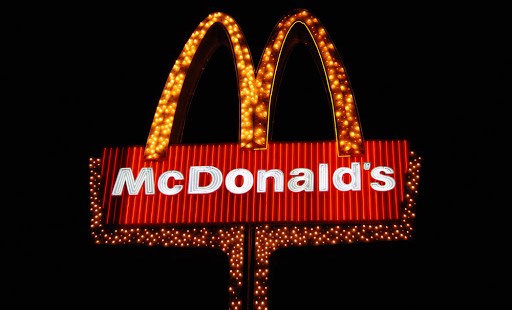 Union organizers said fast-food workers staged demonstrations in an estimated 150 cities Thursday to push for higher wages, according to NBC News, which noted that some protesters have been arrested for their conduct:

In Kansas City, workers were expected to walk out of 60 restaurants, and more than 50 workers were arrested. Ten minutes after they sat down and linked arms in an intersection in front of a McDonald’s, police arrived with vans and plastic cuffs and arrested the protesters one by one. They were joined by more than 100 other fast food workers, clergy members and other allies who stood on the sidewalk across the street and chanted “15 and a union,” and sang spirituals.

With the backing of unions such as the Service Employee International Union, the workers have said their hourly wages are too low to provide their families with a decent future, Bloomberg.com reported:

McDonald’s and other chains are facing growing criticism for not paying workers enough. Since November 2012, when fast-food employees picketed in New York for wages of $15 an hour and the right to form a union, protests and strikes have spread to McDonald’s, Taco Bell and Burger King across the country. Earlier this month, some fast-food workers also demonstrated overseas.

“I’m here fighting for $15 and a union, so that my path does not become my children’s future,” Melinda Topel, a 43-year-old McDonald’s store employee who makes $7.50 an hour, said in an interview. Topel traveled from Kansas City, Missouri, to protest in Oak Brook.

Catholic social teaching has long supported the right of workers to earn a “just wage.” In a statement on Labor Day, Archbishop Thomas G. Wenski of Miami, the chairman of the bishops’ Committee on Domestic Justice and Human Development, said the bishops support raising the minimum wage, although they have not arrived at a set figure: