The Road to Compostela—Across The Meseta

Part 3 of A Pilgrimage Journal.

Blisters aside, few topics come up as frequently when pilgrims are getting to know each other than Emilio Estevez’s 2010 film The Way.

Other than quibbles over details – the pilgrims in the film wear jeans, can’t use their walking poles, leave towns in entirely the wrong direction, generally skimp on laundry, and never discuss their blisters –The Way is in many respects an excellent take on the Camino. Or, perhaps more accurately, it’s an excellent take on a Camino. One of the things pilgrims tend to realize is that even though we walk the same road, often with the same people, we all walk our own Caminos, with our own reasons, expectations, histories, hopes, experiences, encounters, thoughts, feelings, pains, and prayers. 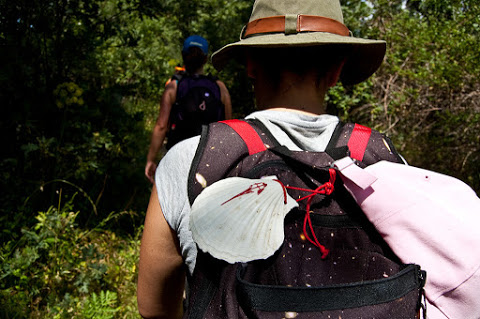 That said, the film’s structure is peculiar. It tells the story of an almost 900-kilometer pilgrimage from St. Jean Pied de Port in the French Pyrenees to Muxia on Spain’s Atlantic coast, but concentrates to a huge degree on the first third of the journey. The almost 600 kilometres after Burgos barely merit a quarter of the film, with the 180 kilometres from Burgos to León across the Meseta getting a mere five-minute montage.

The Meseta is too easily overlooked. On the way to St. Jean I had met two Canadian brothers-in-law who were fairly sure they wouldn’t have time to walk the whole way to Santiago, but said they weren’t worried. They’d heard that the middle part of the Camino was flat and featureless and not worth seeing, and if need be they were happy to cover that stretch of the journey by bus. I heard similar things time and again during the first week: the middle bit of the Camino is boring and just something to get out of the way.

Far from being something to miss, however, I think that in some ways the vast shadeless plain of the Meseta is the purest part of the Camino. Its emptiness and endlessness enhance the sense of solitude many people seek on the Way, inviting us both to delve within and to look without. As such, perhaps more than any other part of the Camino, it nurtures contemplation, while at the same time fostering camaraderie.

All that, of course, was ahead of me when I made my sluggish way out of Burgos at almost eleven in the morning, having spent a weary morning eating breakfast and mending my bag — a strap was gradually tearing away so stitching was needed. The road from Burgos was both shorter and more scenic than the road in, and once we’d left the city’s suburbs we had a gentle if hot day’s walking to the tiny village of Hornillos. By the time we got there, however, with my ankle playing up and Bryony’s no better, everywhere was full. We decided to have dinner in a local bar before backtracking for five minutes or so to camp out beside a giant wall of hay bales.

The sky gradually darkened and the stars began to appear as we stretched out on our makeshift bed of foam mattresses and straw, and just as I’d been smiling at the constellations’ familiarity – so few things in Spain seemed the same as at home, but the stars were no different – the Kiwis remarked that they’d never seen the Great Bear before. It had never occurred to me that the sky could be an alien thing, and as I lay awake in the dark, my sleepsack tugged over my head in the hope of thwarting whatever mosquitoes the bats had missed, I couldn’t help but think that Chesterton had it right when he said that you can see something nine hundred and ninety-nine times and never see it at all. 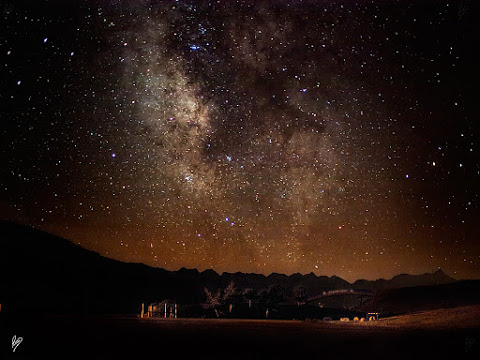 Without snorers to keep us awake or early risers to wake us before dawn, we slept far longer than we’d expected or intended, and so it wasn’t until past nine that we were on our way again. Our exploits earned us, for a few days anyway, the cumbersome nickname "the sleeping outside people", but I didn’t mind, as the episode had been not just refreshing, but liberating. I didn’t sleep outside again on the Camino, but I was usually prepared to if need be. Unlike so many people in the final crowded leg, I never worried about getting a bed for the night.