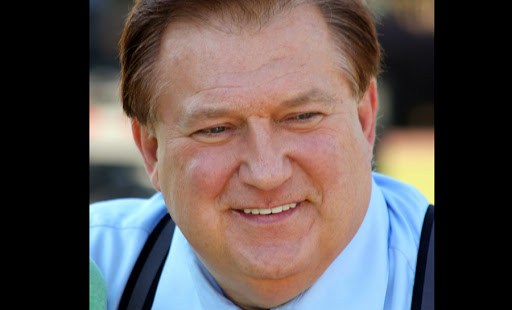 WASHINGTON — If luck had anything to do with it, Bob Beckel is sure he would be dead by now. A homeless guy stabbed him. Another guy fired his rifle and the ricochet struck Beckel in the chest. He has been in more bar room brawls than he can count.

If the life of Robert Gilliland (“Bob”) Beckel sounds like a character in a John O’Hara novel, at times his life has paralleled a character in a Eugene O’Neill play. Beckel’s father was “very abusive” toward him. Beckel became an alcoholic. He gave up booze for a few years, quit, drank again, quit, and drank again.

In 2002, Beckel reached some sort of bottom.  Newly divorced from his wife, he called a young, $300-an-hour prostitute. Her two associates suspected Beckel was wealthy, and they extorted $50,000 from him. Beckel called the cops and the cops broke up the ring. The damage was not done, though.

“A 22-year-old female reporter calls me up on the phone and says, ‘Are you the Bob Beckel on TV?’ I said I was. The story hit the papers. CNN, my employer at the time, suspended me from the air. Worse, I couldn’t coach my daughter’s Little League team,” Beckel said in an interview Thursday.

Now 65, Beckel reflects on his life more and more. A copy of an unpublished memoir sits on his desk at his home in New York. He is proud of the manuscript and shopping it around, which he thinks a publisher will buy the rights to and release by January. His tentative title for the book: “I Should’ve Been Dead: A Memoir of Survival.”

Appearing as a soulful, rumpled, blunt, and politically incorrect Democratic populist has helped make Beckel a star — perhaps the star — of the Fox News show “The Five.” At 5 p.m. every weeknight, viewers around the country turn on their sets and watch Beckel opine on the latest outrage, crisis, and setback. They see a small bear of a man with a head full of blown-dry brown hair talk in a gravelly baritone and on most days, wearing striped suspenders.

Viewers who dismiss Washington pundits either as phonies, holier than thou, or boring find Beckel refreshing. A contestant on the ABC show “The Bachelorette” who admitted she slept with one date before announcing she was dumping him for another man was a “slut.” Muslim students who fail to denounce the prophet Muhammad for acts of violence that Muslims commit should be denied visas to the United States.

To progressives, Beckel is the house liberal on a “right-wing” network. His comments are considered boorish at best, and progressive groups have blasted him as a grouchy, insensitive old white man. Liberals’ fulminations have only added to Beckel’s appeal to conservatives. In the eyes of right-leaning Americans, Beckel is a liberal, but he’s a tough, old-fashioned liberal with a big heart who tells it like it is. Witness his early denunciations of Islamic extremists who killed Christians in the Middle East.

Beckel has heard people say he is conservatives’ favorite liberal. He does not dispute the charge; he just wishes he could monetize it. “If I had a dollar for every time someone said that to me, I would be a rich man,” he quipped.

Beckel’s career as a pundit comes after a three-decade-plus career as a Democratic operative and political appointee. He got his start working on Bobby Kennedy’s presidential campaign in 1968. Only a sophomore in college, he worked as a low-level aide who organized and worked the telephones.