Synod on the Family: There Is No Need to Fear Debate in the Church 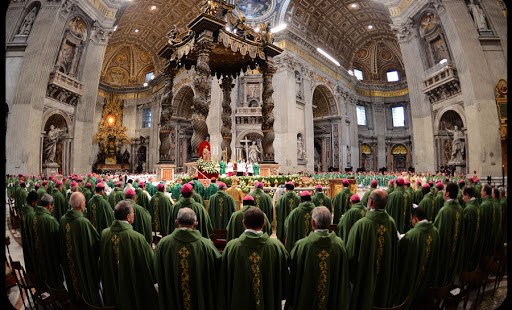 Don’t Panic: Neither Kasper Nor Müller Questions the Sacramentality of Marriage

We are just a few days away from the extraordinary Synod of bishops which will address the problems families face in today’s world. Although it may be difficult to believe, the planet is bigger than the West – where, certainly, the press has built up inappropriate expectations.

The goal of the Synod, as Cardinal Parolín clearly explained, is not to change the Church’s doctrine, given that it is based on the Gospel. Rather, its purpose is to address the problems facing family and marriage, in order to define a pastoral strategy ranging from the local to the global level. It’s an incredible challenge. Personally, it fills me with joy to know that, in this world of relativism and frivolity, there is an institution that takes seriously a reality that will accompany us all our lives: the family (whatever it is like) into which we were born.

The false expectations are rooted, more than in bad will, in a lack of understanding of the way in which a truly Catholic debate takes place, especially when important topics such as the family are on the table. Nothing is more mistaken than the idea of arrogant intransigence inside the Church, although the temptation always exists and must be fought without compromise. There is always someone who confuses authority with immobility. To understand how a debate is carried out within Catholic parameters, we must principally pay attention to five elements:

1. St. Augustine’s maxim takes precedence: Unity in essentials, liberty in doubtful things, and charity in all things. The essential is relatively little and solid, since it depends on doctrine that emerges from the Gospel and from tradition. Because the ground is firm, debates tend to be intense. Nevertheless, when the essential is respected, charity rules. Charity should not be confused with sweet smiles and exchanging well-educated salutations. In a serious debate, like that which we are seeing now before the Synod, charity is affirmed through openness and dialogue: that is to say, seeking the truth even when the sweet smiles are absent. On the contrary, when the essential is not respected, freedom devolves into a diatribe and charity is absent. In that case, the Catholic aspect is lost. Up to now we have not seen anyone in in this debate fall into this situation, and I am sure that we won’t.

The debate between Cardinals Kasper and Müller is passionate at times, but follows St. Augustine’s logic. No one questions the sacramentality of marriage, which is essential, and that is why they argue with great freedom about pastoral care for people who are divorced and remarried. Other cardinals have joined the discussion, which is logical and very healthy. No one should panic; in the end, charity will win, as we shall see.

2. The debate follows a specific order in accordance with the dialogue of faith and reason. A problem is observed, an hypothesis is proposed, and arguments for and against are sought, making use of very different branches of knowledge – theology, science, sociology, history, etc., – in order to make solid and informed decisions. It is typical in cases like these that different members of the church participate in different moments – whether they be lay people, religious, priests, bishops, or theologians – through consultations, as advisors, etc. The process is based on a deep conviction that reality is the map of our existence; that reason is the tool that helps us understand reality; and that faith is the compass that keeps us oriented on the path.

Apparently, in the case mentioned above, Kasper and Müller are supporting different positions with the Pope’s permission, and they are clearly very convinced of what they are saying. The Pope took it upon himself to propose the hypothesis that is being debated about the convenience, in certain cases, after a penitential period, of allowing people who are divorced and remarried to receive the sacrament of Communion. What is certainly true is that the method is being followed and material for discussion in this sensitive topic is abundant, as it is in other topics as well. We can be sure that pastoral decisions are not made lightly.