What Does the Synod Mean by “Gradualness”? 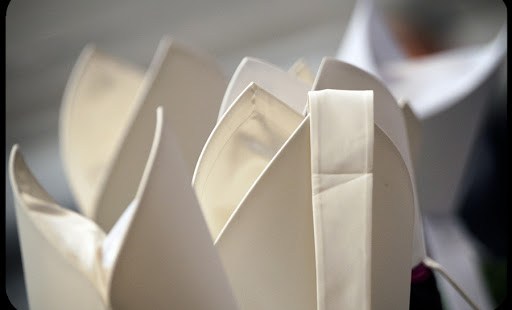 Interior journey of faith or acceptance of irregular arrangements?

The mid-term report from the Synod was released today. It serves as a mid-point between the intense listening of the first week and the refinement of the dialogue of week two. This "relatio" serves as a draft synopsis of the interventions and testimonies that have occurred.

As is often the case, terminology in these drafts can be confusing and easily misinterpreted. A prime example of this appears in the use of the expression gradualness which is first mentioned in the report at the opening of the second section subtitled “The gaze upon Jesus and gradualness in the history of salvation.”

In the report, the principle of gradualness is referenced to paragraph 34 of Familiaris Consortio. This 1981 document describes gradualness and its importance in one’s conversion in this way:

What is needed is a continuous, permanent conversion which, while requiring an interior detachment from every evil and an adherence to good in its fullness, is brought about concretely in steps which lead us ever forward. Thus a dynamic process develops, one which advances gradually with the progressive integration of the gifts of God and the demands of His definitive and absolute love in the entire personal and social life of man.

Clearly, gradualism signifies a path that unfolds before each of us as we journey closer to God. It is not a leap of faith but rather a step by step process towards personal holiness. It is an ascent not a decline.

As the relatio was read out to us, I became apprehensive that the term gradualism would not be understood by most readers; because there are few individuals following the Synod that know full explanation of the term from Familaris Consortio. My concern is that readers would equate gradualism with relativism.

Relativism is entirely different. It is defined by Merriam Webster as the belief that different things are true, right, etc., for different people or at different times. In this way, relativism is the belief that all viewpoints are equal; one is not better than the next. Truth is conditioned by one’s time and place. It is never absolute. Morality depends on one’s individual assessment of the situation.

In context of the teachings of the Church, gradualness is not relativism. The first implies a path that leads all of towards Christ. It is progressive which means that what one learns becomes a building block upon which to lay the next new teaching and experience. The second suggests a variety of passageways rather than a single roadway. It refers to a conglomeration of experiences and understandings that do not build up towards something or someone. Rather, it looks more like a pile of stones scattered haphazardly in a field.

The mid-term report must be interpreted in light of correct terminology. The principle of gradualness reveals a unique path that each of us is traveling. Some of our paths are straight and narrow. Others dip into dark valleys and rocky crags. However, all of the paths connect to the same place. All lead to God our Father. Slowly, step by step, we are all called to ascend our final destination. This is the message of gradualness to which the document refers.

Alice Heinzen  is the Natural Family Planning Coordinator in the Office for Marriage and Family Life in the Diocese of LaCrosse, Wisconsin. She and her husband, Jeff, who directs the Office, are in Rome, attending the Extraordinary Synod on the Family as observers (auditors) at the invitation of Pope Francis.