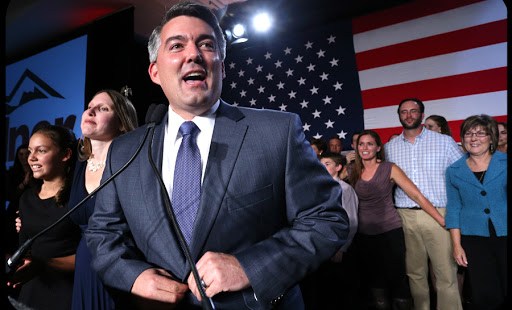 Senate and House will have a few more votes for the unborn.

WASHINGTON – The pro-life movement scored incremental victories Tuesday. Although voters defeated two state “personhood” initiatives, in which the personhood of an unborn child would be recognized by law as beginning at conception, they approved a state referendum to curb abortion and elected pro-life candidates in tight congressional races.

In Tennessee, voters approved Amendment 1, an initiative that overturns a state Supreme Court ruling in 2000 that said abortion was a “fundamental right” for women.  The initiative passed 52.6 percent to 47.4 percent, according to unofficial results from the Tennessee Secretary of State.

“It shows that grassroots support works over big abortion money,” Ed Albin, finance director of the Yes on 1 campaign, said in an interview.

The Yes on 1 campaign spent $1.04 million in October, while the Vote No on One Tennessee, Inc. spent $3.43 million, according to the Tennessee Registry of Election Finance. The amendment will allow state lawmakers to restrict abortion more easily. Albin said pro-life advocates will craft legislation that requires women seeking abortion to wait and informed consent as well as bills to license and regulate abortion clinics more strictly.

In Colorado, Rep. Cory Gardner, a pro-life Republican, defeated Sen. Mark Udall, a pro-choice Democrat. Gardner won 49.4 to 45.2 percent. Udall hammered Gardner for his support for a federal bill to define life as beginning as conception, but the incumbent’s attacks backfired. At a debate on October 7, a moderator, Denver Post reporter Lynn Bartels, noted that some Coloradans had dubbed the incumbent “Senator Uterus” for his over-emphasis on reproductive issues.

Udall won the female vote 52 percent to 43 percent but lost the male vote 40 to 56 percent, according to exit polls.

In Louisiana, Sen. Mary Landrieu, a generally pro-choice Democrat, will face Rep. Bill Cassidy, a pro-life Republican, in a run-off election Dec. 6. Although Landrieu received 41 percent of the vote to Cassidy’s 40 percent, state law requires a run-off in the event neither candidate garners more than half of the vote.

A new session of Congress, the 115th, will convene in January. Among the new lawmakers will be Mia Love of Utah, the first black female pro-life Republican. Love defeated Democrat Doug Owens, 50.0 to 46.7 percent.  “My commitment to pro-life policies is unwavering, and I look forward to working with others in Congress to protect the right to life,” Love said in a press release.

Democrats lost eight to nine seats in the Senate and 12 seats in the House. With the party in the minority in both chambers of Congress, a pro-life Democratic organization criticized party leaders for failing to recruit more pro-life challengers.

“The National Democrat message to support abortion destroys Democratic candidates in pro-life states and districts by pushing pro-life Democrats out of the party,” Kristen Day, executive director of Democrats for Life, said in a statement. “A large majority of Democrats support reasonable restrictions on abortion. We are alienating a whole new generation of pro-life Democrats.”

Before the election, surveys showed that abortion and access to artificial contraception ranked low on the list of voters’ priorities. Roughly three in five Democrats and four in ten Republicans said abortion and contraception were major concerns, according to a Gallup survey September 25-30. More voters cared about the two cultural issues than climate change but fewer cared about them than economic inequality.

In addition, voters in Colorado and North Dakota defeated state initiatives to define human life as beginning at conception.