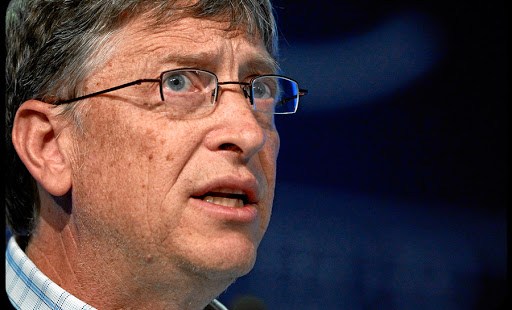 A shot too inhumane to give violent sex offenders, but just fine for women living in the “Third World”?

Last week, Pfizer Inc., the Bill & Melinda Gates Foundation and the Children’s Investment Fund Foundation (CIFF) announced an agreement to foist the injectable contraceptive, Sayana® Press (medroxyprogesterone acetate or MPA) on women “most in need in 69 of the world’s poorest countries” – certainly an ironic project for a foundation that “invests” in children.

Through their generosity, Sayana Press will be sold for $1/dose to “qualified purchasers” who can then go door-to-door in rural areas where healthcare is virtually or completely nonexistent and ensure that women of reproductive age won’t be able to have children. The main difference between the infamous Depo Provera (DMPA), long discontinued in the U.S., and Sayana Press (MPA) is that DMPA required women to go to a clinic or MD’s office every three months for another injection, whereas MPA is delivered in a “single-use Uniject™ injection system that eliminates the need to prepare a needle and syringe,” according to the press release. Therefore, it allows “health workers” to administer the contraceptive injection to women “at home or in other convenient settings.”

The nature of this project is clear when one considers that the other use for MPA is the chemical castration of male sex offenders, which has “from time to time, been used as an instrument of public and/or judicial policy despite concerns over human rights and possible side effects.”

Far be it from Gates, Pfizer and CIFF to let concerns “over human rights and possible side effects” deter them from trying to prevent pregnancies and births in impoverished areas of the world.

"Possible side effects" is the topic of this article because where women have a choice of contraceptives, MPA is not a contraceptive of choice, mainly due to intolerable side effects. For example, a two-year study of over 5,000 women receiving DMPA injections at Planned Parenthood of the Rocky Mountains reported: “Of the 5,178 women who received an initial injection, only 57% returned for a second administration; [another third dropped out after two shots]. . . . The overall one-year continuation rate was 23%."

And the main reason women gave for not returning for subsequent injections was “difficulty tolerating side effects.” What could they be? Here is a sampling of side effects found in the FDA labelling and/or reported in studies.

1. Loss of bone mineral density: An FDA “Black Box Warning” appears on its drug label: “Women who use DMPA may lose significant bone mineral density. Bone loss is greater with increasing duration of use and may not be completely reversible. … Depo-Provera Contraceptive Injection should not be used as a long-term birth control method (i.e., longer than 2 years)” (emphasis added).

Other warnings and precautions include the following:

2. Cardiovascular events – syncope, tachycardia, thrombophlebitis, deep vein thrombosis, pulmonary embolus – which can lead to cardiac arrest and stroke. The label offers this helpful tip for doctors: “Do not readminister [DMPA] pending examination if there is a sudden partial or complete loss of vision.” Wait! Sudden loss of vision? What the ?!?

3. Breast and cervical cancer: Hormone sensitive breast cancers (which often strike younger women) occur twice as often in women under 35 who have used [DMPA] in the previous four years. But after discontinuation, the additional risk does diminish over time if you’re one of the lucky ones.