Torture: Is the Intel Worth What Inhumane Practices Make Us? 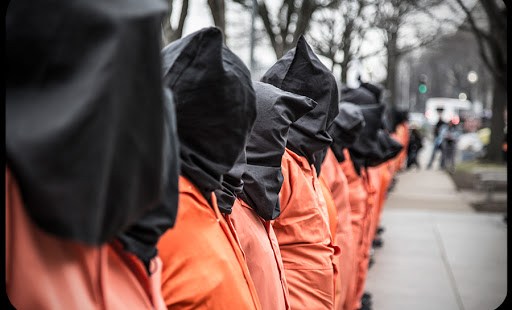 But official Washington is divided over a Senate panel’s report on the Central Intelligence Agency’s use of rough tactics of 119 alleged terrorists in secret prisons in the time of former President George W. Bush.

For the eight Democratic members on the Senate Select Intelligence Committee, the CIA’s use of waterboarding, sleep deprivation and ice baths broke laws and offended humane values. “CIA personnel, aided by two outside contractors, decided to initiate a program of indefinite severe detention and the use of brutal interrogation techniques in violation of U.S. law, treaty obligations, and our values,” the majority wrote in the 528-page executive summary.

For the six Republicans on the panel, the committee’s investigation was a fruitless waste of money. The GOP senators noted the study “has cost the American taxpayer more than $40 million and diverted countless CIA and analytic resources.” The senators signed their names to a separate 167-page minority report instead of the majority’s summary.

As The Atlantic noted, Sen. John McCain of Arizona, a Republican, departed from his GOP colleagues. A prisoner of war for five and a half years in the Vietnam conflict, McCain was beaten and tortured by his captors in North Vietnam. “It is a thorough and thoughtful study of practices that I believe not only failed their purpose — to secure actionable intelligence to prevent further attacks on the U.S. and our allies — but actually damaged our security interests, as well as our reputation as a force for good in the world,” McCain said in a statement.

In the majority report, the summary noted that 26 of the 119 detainees held in secret CIA prisons were held for the wrong reasons, such as mistaken identity.

Former CIA acting director John McLaughlin noted that a Democrat, former CIA Director Leon Panetta, conceded that the CIA’s program from 2002 to 2008 helped the U.S. in its war on Islamic terrorism. “At bottom, we know we got important, even critical intelligence from individuals in it,” McLaughlin quoted Panetta in a Washington Post op-ed.

The man who led the United States to bin Laden, a courier known as Abu Ahmed al-Kuwaiti, was mentioned by earlier sources, but only as one of many associates bin Laden had years before. Detainees in the CIA interrogation program pushed Kuwaiti to the top of the list and caused the agency to focus tightly on him. The most specific information about the courier came from a detainee, Hassan Ghul, who, after interrogation, strengthened the case by telling of a specific message the courier had delivered for bin Laden to operations chief Abu Faraj al-Libi.

The Senate panel did not release the full 6,700 page report and redacted parts of the executive summary. As The New York Times reported, President Obama praised the committee for the study, but after ending the interrogation program after taking office in 2009, he has not called for those who interrogated the detainees to answer to a court of law for discipline or punishment.