Pope Francis to Gender Theorists: “Removing the Difference Is the Problem, Not the Solution” 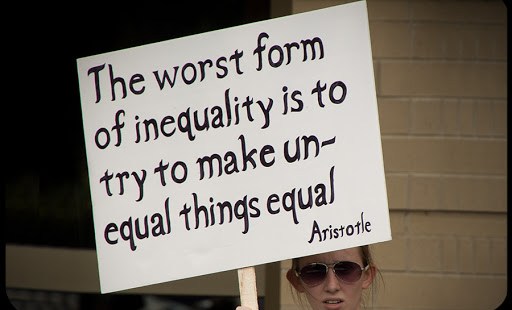 Face the facts of life

VATICAN CITY — God created the sexual difference between man and woman “not for opposition or subordination, but for communion and procreation,” Pope Francis said Wednesday during his weekly general audience in St. Peter’s Square.

The Pope therefore had strong words for gender theory, radical feminism, and all attempts to deny the truth and beauty of sexual difference, calling them “an expression of a frustration and resignation, which aims to eliminate the sexual difference because it no longer knows how to face it.” In fact, he added, “the removal of the difference is the problem, not the solution.”

Here below we publish the full text of the Pope’s catechesis.

Today’s catechesis is dedicated to a central aspect of the subject of the family: God’s great gift to humanity through the creation of man and woman and through the Sacrament of Matrimony. This catechesis and the next one concern the difference and complementarity between man and woman which is the summit of the divine creation. The two that follow after will be on other themes concerning marriage.

Experience teaches us: to know himself well and to grow harmoniously, the human being needs reciprocity between man and woman. When this does not happen, we see the consequences. We are made to listen to and help one another. We can say that without reciprocal enrichment in this relationship — in thought and in action, in affections and in work, also in faith – the two cannot understand in depth what it means to be man and woman.

Modern and contemporary culture has opened new opportunities, new freedoms and new depths for the enrichment of the understanding of this difference. But it has also introduced many doubts and much skepticism. For instance, I wonder if the so-called gender theory is not also an expression of a frustration and resignation, which aims to eliminate the sexual difference because it no longer knows how to face it. Yes, we risk taking a step backward. The removal of the difference, in fact, is the problem, not the solution.

To resolve their relationship problems, man and woman need instead to talk more to one another, listen more to one another, know one another more, love one another more. They need to treat one another with respect and cooperate in friendship. With these human foundations, sustained by the grace of God, it is possible to plan a marital and family union for the whole of life. The marital and family bond is something serious; it is for everyone, not just for believers. I would like to urge intellectuals not to abandon this topic, as though it had become secondary to commitment in favor of a freer and more just society.

God has entrusted the earth to the covenant of man and woman: its failure makes the world of emotion arid and darkens the sky of hope. The signs are already worrying, and we see them. I would like to indicate, among many, two points that I believe must we must attend to with greater urgency.