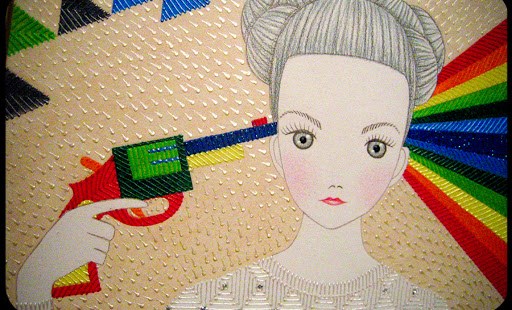 If this article in the New Yorker doesn’t convince you that something is very wrong with the so-called “right to die” movement, perhaps this piece by Michael Cook will.  Both articles are worth reading on their own, but the big takeaway from both is that Belgium’s trendsetting liberal euthanasia laws may not just be letting terminally ill or severely depressed people “die with dignity” – they may be making it hard for folks who want to live to get the care they need to do it.

As an example, take 24-year-old Laura, who is making headlines now because the Belgian authorities have approved her application to be euthanized, even though she is perfectly physically healthy.  Laura, the child of two abusive alcoholics, has struggled most of her life with depression, claiming she has had suicidal impulses since the age of six.  In high school, she used to cut herself.  A few times, she was hospitalized for mental illness.

Laura has clearly had a hard road to travel, but so far, she has survived.  She got an education, has a nice apartment, and while – let’s face it – she could easily have ended things on her own at any time, she managed not to.  She even sought help.

Perhaps that’s where things fell apart.  In Laura’s own words:

"At one stage, my crisis was so severe that it was too much even for the staff. Sometimes I was not allowed in the institute for a few weeks just so they could have a breather. I still find that incomprehensible, and I don’t think highly of psychiatry. I had to save myself but this caused a significant breach of trust."

For years, a central argument in the abortion debate has been that its legalization has cheapened life.  More than 90 percent of all Down Syndrome babies are aborted, and mothers who choose not to undergo risky maternal-fetal testing to weed out these “defective” children are often made to feel irresponsible and reckless.  Now, it seems legalized euthanasia may be having the same effect – the exact slippery slope abortion campaigners swore didn’t exist, because “potential life” is different than “actual life.”

In Belgium, people have been euthanized for cancer, autism, anorexia, borderline personality disorder, chronic-fatigue syndrome, partial paralysis, blindness coupled with deafness, manic depression, and in one notable 2013 case, dissatisfaction with the outcome of a sex-change operation.  In fact, thirteen percent of all euthanasia cases in that country are performed on people without terminal illnesses.

According to the New Yorker: “The laws seem to have created a new conception of suicide as a medical treatment, stripped of its tragic dimensions. Patrick Wyffels, a Belgian family doctor, [said] that the process of performing euthanasia, which he does eight to ten times a year, is ‘very magical.’ But he sometimes worries about how his own values might influence a patient’s decision to die or to live. ‘Depending on communication techniques, I might lead a patient one way or the other,’ he said.”

Wim Distelmans, a euthanasia doctor and leading right-to-die campaigner, serves as head of Belgium’s Federal Control and Evaluation Commission, which gives final approval for euthanasia requests.  He told the New Yorker: “We at the commission are confronted more and more with patients who are tired of dealing with a sum of small ailments—they are what we call ‘tired of life.’” Added Distelmans, “If you ask for euthanasia because you are alone, and you are alone because you don’t have family to take care of you, we cannot create family.”

While no one expects the Belgian medical establishment to create families for the ailing and lonely, it’s harder to stomach their apparent refusal to care for patients who come to them seeking help.  Laura – a healthy young woman in the prime of her life – is going to die in part because when she sought support from mental health professionals, she was turned away, for what appear to be callous, selfish reasons.

No, it’s not easy to show compassion and love to the severely ill.  It’s messy, difficult and often heartbreaking work.  But our willingness to do it has always been part of what makes us human.  Animals abandon or eat the weakest among them.  Humans invent things like wheelchairs, medicines, surgeries and cutting-edge implants to enable the weak to survive, and even thrive.

Tom Mortier, whose mother was killed at the hands of Wim Distelman in 2012, wrote the following in an essay opposing Belgium’s uncritical approach to euthanasia: “I am afraid that the notion of ‘free will’ has become dogma, behind which it is easy to hide.  Wouldn’t it be better to invest in mental health and palliative care?”

Better, perhaps, but not cheaper or easier.  It seems the slope from abortion to euthanasia was kind of slippery, after all.