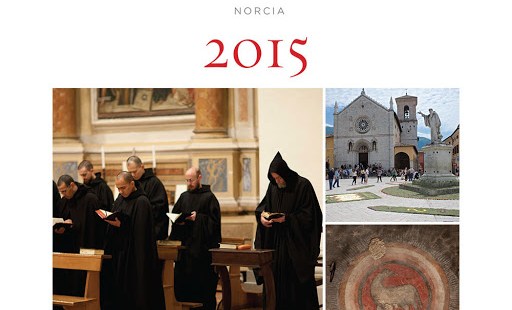 Beer and music are bridges from the monastery to the world


In the Umbrian hills in the heart of Italy, over the birthplace of Saint Benedict, a group of young Benedictine monks (33 is the average age) have made a name for themselves with their “Birra Nursia” beer. “The original idea was, we need to make a living,” Fr. Cassian Folsom, prior of the Norcia monastery, explains. “But it has proved to be much more than that because beer – good beer especially – is a bridge between the monks and the rest of the world.”

Now the monks are reaching out to the secular world with another universal love: music.

De Montfort Music, a small label specializing in sacred chant and polyphony “representative of the true and the beautiful”, garnered critical success in 2013 when two albums from the Benedictines of Mary, Queen of Apostles rose to number 1 on the Classical Traditional Billboard chart. The Benedictines later became the first order of nuns to win an award (Classical Traditional Artist of the year, 2012 and 2013) in the history of Billboard.

Now, De Montfort has teamed up with the monks of Norcia to release Benedicta: Marian Chant from Norcia, a collection of hymns and chants recorded on location in the Norcia monastery. The album has been on top of the same Billboard chart for four weeks.

“Chant is part of the air we breathe,” Folsom explains, “and since we do it so often, it becomes very natural after a few years. Music is important to us, especially for the sake of the prayer. Even someone who listens to this without any background will be drawn to it, I think, by its pure beauty and its mystical quality. This music has been sung over centuries and centuries. In addition, these poetic texts have an extraordinary richness. So the combination of the melodies and the text can produce something quite extraordinary.”

Aside from the “Bells from the Basilica” that open the album, Benedicta consists entirely of the monks chanting in Latin. A few phrases or songs might be familiar to some (Ave Maria, Salve Regina), but the true power of the album is in the listening experience itself. These prayers about Mary form a large part of the monks’ day-to-day life – the producer was surprised to see that the monks kept chanting after the recording sessions wrapped – and the effortlessness of the prayers allows the rhythmic beauty of the chant itself to take center stage, drawing the listener out into the dark waters of the mystical. The voices of Folsom and the other monks rise and spread through the speakers like incense smoke, each track blending into the next in a seamless and sincere offering to the divine. Benedictine monks vow to commit to conversatio morum suorum – a kind of lifelong conversation or conversion of the soul – and this is exactly the kind of holy space Benedicta slowly but surely draws you into.

The man whose birthplace the monks brew and chant over continues to offer inspiration, not only for Benedictines, but also for the laity. Christians everywhere are discussing a “Benedict Option” for forming Christian communities in the future, one which mirrors the prophetic words of Benedict XVI about a shrinking but revitalized Church. Whatever the outcome of these conversations outside the monastery walls, the model of prayer, peace, and song from this community in Norcia is more than a timely option – it’s a timeless one.