Pope’s Visit May Bring Out the Best, or Worst, in Washingtonians 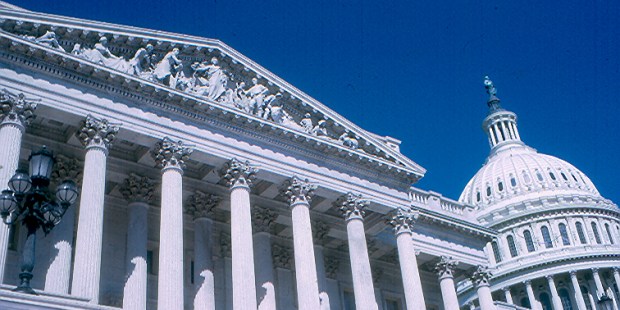 Jostling for tickets, preparing to introduce special legislation, pushing pet causes, and gearing up for the kinds of crowds that could rival those of a presidential inauguration day are some of the ways Washington, D.C., is getting ready for Pope Francis.

The Pope will be in the nation’s capital Tuesday through Thursday, Sept. 22-24, and the coveting of papal event tickets might be just as strong in Congress as it is in parishes.

Previous popes have celebrated public Masses in Washington—the last was Pope Benedict XVI at Nationals Stadium in 2008—and visited the White House, but Francis will be the first Roman Pontiff to address a joint gathering of Congress.

The Washington Post reported that members of Congress were alotted one ticket each in order to invite someone to sit in the gallery during the Pope’s speech. In addition, House members were given one ticket each for a member of the public to view a simulcast in the Cannon Caucus Rooom, and 50 tickets to view the speech on jumbotrons on the Capitol’s West Lawn. Senators received 100 pairs of outside tickets.

Some members of Congress may be able to stand out through legislative efforts on bills that seem to be aligned with Francis’s views, the Post said:

Kristen Day, executive director of Democrats for Life, said abortion opponents will push for a Senate vote on a measure to ban abortion after 20 weeks of gestation. The group is also highlighting other measures that fit with Francis’s priorities, including a bill sponsored by Sen. Kirsten Gillibrand (D-N.Y.) that would create paid family leave.

Whether Pope Francis has actually spoken ex cathedra on paid family leave, the push for such a bill might would give the normally pro-abortion Gillibrand some cover.

The masses, of course, will have slightly easier access to see Pope Francis in person. Cardinal Donald Wuerl said that tickets for the outdoor Mass at the Shrine of the National Basilica of the Immaculate Conception, where Pope Francis will canonize Blessed Junipero Serra, would be distributed through parishes, as is also being done in New York. But they are intended for people active in parish and Catholic life, particularly Spanish-speaking immigrants eager to see the first Hispanic pope, the archbishop of Washington said. Francis is expected to address crowds primarily in his mother tongue on his American visit.

One priest, Msgr. Ronald Jameson, has a clever way of making sure tickets go to people who are serious about participating in the encounter with the Bishop of Rome. Msgr. Jameson, rector of St. Matthew’s Cathedral, said those who request tickets must write a letter answering two questions: “Why on earth would you want to go to a papal Mass?” and “What are you doing in your parish or Catholic life that would connect you with what Pope Francis is talking about?”

Replies have come from a man who said Francis had inspired him to begin the path to priesthood, a Jewish man who said he was volunteering more with his Catholic wife, and a Latino woman who called the Pope her “hero.”

Meanwhile, those outside the perimeters of such events also seek to be noticed: environmentalists, the Post reported, have secured a permit for 200,000 persons for a rally on the Mall to highlight Francis’ concern for the environment, as expressed in his 2015 encyclical Laudato Si’.

And what would a papal visit be without stirring up some real emotions: not so much issues-based, but the wrath of drivers stuck in traffic?

U.S. Capitol Police Chief Kim Dine said that his agency expects “very, very large crowds . . . much earlier than prior to the Pope coming up the Capitol, lining all of the streets.”

Although Washington officials have not released a traffic diagram and management plans for the pope’s visit as Philadelphia has, they said commuters should expect significant disruptions from road closures and restricted zones.

“It won’t be a typical motorcade, and it won’t be typical traffic jams,” said John B. Townsend II of AAA Mid-Atlantic. “This is beyond rock-star status.”